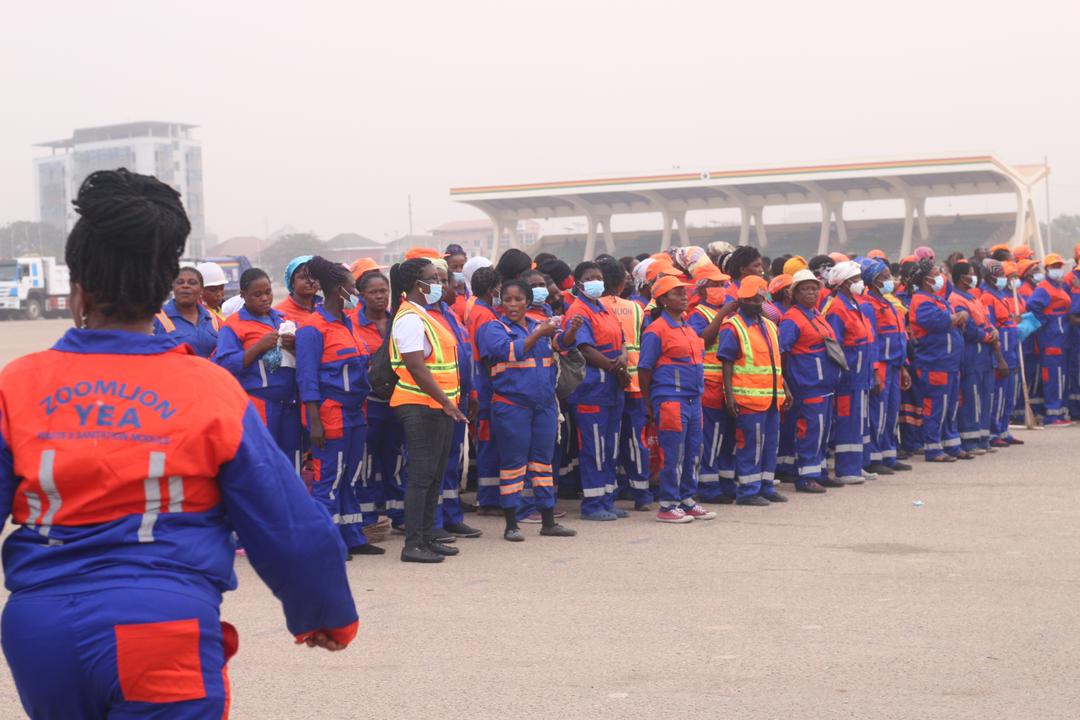 Waste management companies contracted by the Greater Accra Regional Coordinating Council (GARCC) for the ‘Operation Clean Your Frontage’ project have assured the Greater Accra regional minister of their readiness to ensure the success and also help sustain the initiative.

According to one of the companies, Zoomlion Ghana Limited, measures and logistics were far in place to spearhead the long-awaited project that aims to encourage residents, particularly in the national capital to clean their immediate surroundings and environs. 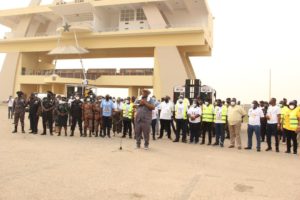 Zoomlion is teaming up with a Turkish company to provide transfer stations in all the 29 metropolitan, municipal and district assemblies (MMDAs) for easy transportation and recycling of the waste.

Speaking to the media, the Executive Chairman of Jospong Group of Companies (JGC), Dr Joseph Siaw Agyepong, commended the Greater Regional Minister, Hon. Henry Quartey, for his bold step and leadership to ensure the national capital is clean and safe for residents.

To ensure the sustainability of the project, he said his outfit (Zoomlion) will be providing logistics and personnel for the clean your frontage initiative.

He went on to add that the first four transfer sites were ready to commence work as the enforcement of the initiative kicks off in the Greater Accra Region. 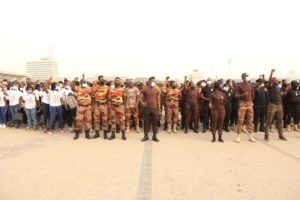 “Designs have been done, equipment have been imported, and currently, we are looking at eight sites but four are ready,” he disclosed.

According to him, transfer solid waste stations will be in Mallam, Madina, Ashaiman and Weija to support the Achimota and Accra solid waste sites.

The urgency of these solid sites, he explained, was to help in the collection of the waste from the project, adding that these transfer sites were well designed to handle any pressure.

Further, Dr Siaw Agyepong disclosed that 2000 brand new tricycles designed for Accra provided with containers as well as 60 brand new trucks to support and sustain the initiative were ready. 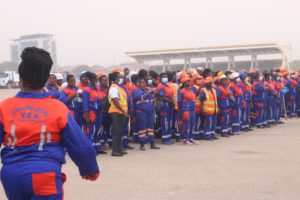 “We are going to see how to position ourselves strategically to render efficient services to the people of Ghana,” he stated.

The executive chairman of JGC made this known at a ceremony to embark on sensitisation and education in the Greater Accra Region at the Independence Square in Accra on Tuesday, February 1, 2022.

The day was set aside by the GARCC to engage citizens in the region on the need to support the Operation Clean Your Frontage agenda in keeping Greater Accra clean and safe.

Early on addressing a parade of security personnel, national service personnel and staff of the 29 MMDAs in the region, Hon Quartey indicated that the ‘Operation Clean Your Frontage’ project was ‘not for Henry Quartey’ but for every citizen residing in the region. 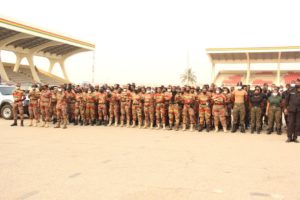 ‘Operation Clean Your Frontage,’ he further stressed, should not be seen as a political machinery to deprive people of their daily bread but to bring about sanity and clean environment, hence the safety and wellbeing of people in the region.

He therefore, charged residents in the region to own it, participate and ensure its sustainability.

Dubai, he noted, has become a destination for many tourists because of systems working and citizens abiding by laid down laws, stressing that “Ghana can become the Dubai you want to travel to when citizens abide by the laws and regulations laid down by city authorities.”

Touching on the role of national service personnel in the initiative, Mr Quartey made it clear that they were on board to support the MMDAs to sensitise and educate the people on the importance of supporting the project. 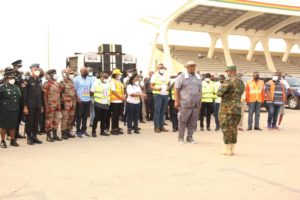 He further said, 1,200 out of the 3,500 people recruited were currently at training and expected to pass out in March this year, to serve as task force to ensure the success of the project.

All key players in the sanitation sector, he said, were involved to see to the implementation and enforcement of the bye-laws in the various MMDAs in the Greater Accra Region.

According to him, the project was not a one day wonder but a continuous exercise to make the capital city clean.

‘Operation Clean Your Frontage’ is a project initiated by the Greater Accra Regional Minister, Henry Quartey, with the purpose of making Greater Accra work, hence to ensure the streets, homes and communities are clean for the wellbeing of Ghanaians.” 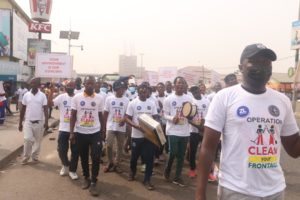 MMDAs in the region have been tasked to ensure cleanliness on their frontages to give the city a new facelift that will be befitting of a national capital, he averred.

The agenda was formulated by the GARCC under the leadership of the regional minister, in response to His Excellency the President, Nana Addo Dankwa Akufo-Addo’s, vision of making Accra the cleanest city in Africa.

In addition, assemblies would create extensive awareness on sanitation and cleaning bye-laws and commit to enforcing the bye-laws, deployment of City Response Team, evacuation of accumulated refuse at sanitary sites and other locations, transfer stations in MMDAs as well as daily sweeping of streets, kerbs, walkways, and open spaces among others. 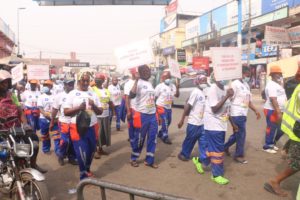 Meanwhile, the expected short-term and long-term outcome of these initiatives will be first and foremost, cleaner and more hygienic environments, reducing pest infestations, protecting the environment and the health of the citizenry not forgetting clean air and clean streets and walkways.

Operation Clean Your Frontage campaign is therefore a clarion call on all citizens to appreciate that keeping their environment clean and green is one of the prerequisites for leading a healthy and happy life.