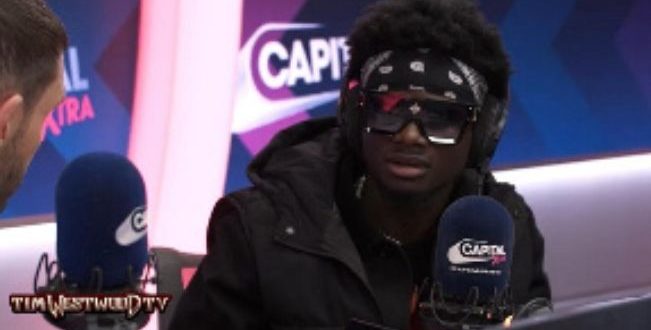 Afrobeat artiste, Kuami Eugene has made an appearance on the popular BBC1xtra show when he was hosted by British DJ and TV personality, Tim Westwood.

In the more than 7-minute video shared on the official YouTube handle of the popular DJ, Kuami Eugene is seen freestyling on beats being played.

He mixes his flow with a bit of the local language, Twi, but largely raps in English.

Tim Westwood’s freestyle session is an international opportunity for most artists, but unfortunately, bad performance can lead to trolls.

Fans have been full of praise for Kuami Eugene for giving a good account of himself on the international platform.

The artiste was recently in the United Kingdom for a big concert featuring fellow artiste, KiDi.

On March 6, the duo performed their hit songs in London with over 2,800 people in attendance.

The artistes spread their wings as far as their music careers are concerned to perform their hit songs and connect with fans outside of Ghana.

Patoranking, Sarkodie, Kwabena Kwabena and many other artistes joined the two performers on stage to deliver a mind-blowing show.