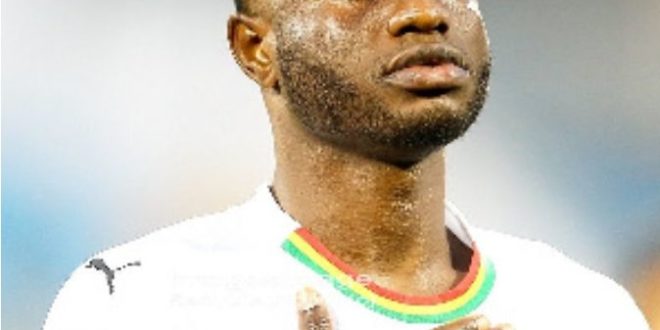 Wakaso, Mensah out: Five players who are likely to be left out of Ghana’s squad for the World Cup

Share
The Ghana team for the World Cup is shaping up nicely with some foreign-born players reportedly on the verge of picking Ghana over their respective countries of birth.

The arrival of these players will be good for the country as most if not all of them represent some vast improvement on existing talents in the Ghanaian team.

It is therefore unsurprising that whereas Ghanaians will be celebrating the arrival of these players, some players in the Black Stars will be experiencing some discomfort as they will feel that their positions in the team will be under threat.

Here are five players who are likely to miss out on Ghana’s 26-man squad for the World Cup if all the players being hunted by the FA agree to play for Ghana.

Joseph Paintsil was one of Ghana’s standout performers at the 2022 AFCON and was expected take off from there.

The arrival of Otto Addo has done him no favours as he has played only one of four games under the current technical team.

Ghana are set to be bolstered with the arrival of Nico Williams and Callum Hudson-Odoi as new wingers. That is if Inaki Williams is viewed as striker and not a winger.

In the current team, Paintsil appears to be the last in the pecking order of Issahaku, Kamaldeen Sulemana, Osman Bukari and Andre Ayew who was placed under the wingers category in the latest call-up.

Add Nico Williams and Hudson-Odoi and Paintsil will go down further which makes him an unlikely candidate for the world cup.

The Hearts of Oak full-back looks like the third choice left back for the Black Stars under Otto Addo.

Gideon Mensah look to have bought the left back role and will only get better. Baba Rahman will most definitely not be dropped and Otto Addo will not go with more than one two left backs especially with Mohammed Salisu and Dennis Odoi capable of filling in.

The inclusion of Wakaso in the 33-man squad for the games against the Central African Republic and Madagascar triggered anger with questions over why a player who had not kicked a ball in over six months was called.

Otto Addo mentioned experience as the basis for the selection but if Wakaso does not get active football between now and November, it is highly unlikely that he will be on the plane to Qatar.

At the World Cup, experience counts but what’s the use of an inactive experience player?.

Jonathan Mensah is another player who could fall casualty to arrival of two players in the Black Stars.

Mohammed Salisu is a perfect fit for Otto Addo’s left-sided centre back role. Again, he gives Otto Addo another option at left back and on current form is better than Jonathan Mensah.

Stephan Kofi Ambrosius is another player long courted by Ghana and someone Otto Addo is a huge fan of. Should Ghana get him into the team, it will be game over for Jonathan Mensah and Joseph Aidoo.

If Otto Addo is to go with five centre backs for the World Cup, most likely it will be Alexandre Djiku, Daniel Amartey, Mohammed Salisu and Stephan Ambrosius.

The arrival of Tariq Lamptey will mark the end of Andy Yiadom’s World Cup dreams.

Tariq Lamptey will most definitely takeover the right back role when he joins the team and Dennis Odoi would serve as back up.

Andy Yiadom did well for Reading in the Championship and emerged their best player but no way Otto Addo will pick him over fit Tariq Lamptey and Dennis Odoi.