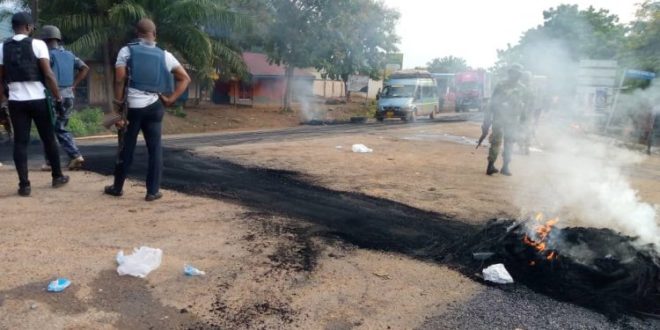 Militants of the Homeland Study Group Foundation (HSGF) and the Western Togoland Restoration Front (WTRF) are planning another attack, a police document has revealed.

According to the document intercepted from the Volta Regional Police Command, the two secessionist groups are planning to attack “critical national facilities and government officials.

As a result, police in the Volta Region have been urged to monitor the groups and also beef up security at all vital State installations including police stations.

Police personnel on guard, barrier and snap-check duties have been urged by the Regional Command to be extra vigilant.

The Groups have carried out attacks in the past, blocking roads and burning STC buses.