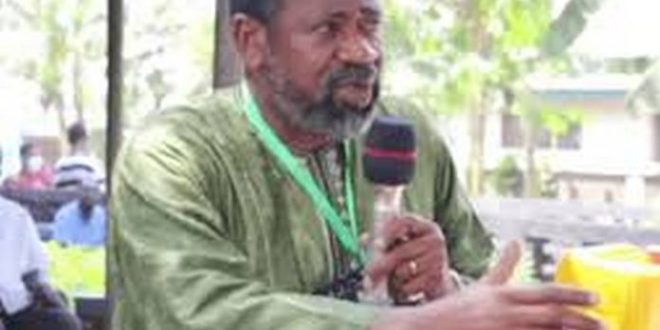 VIDEO: Why drug barons are the most wicked people on earth

Director of Enforcement (Supply Reduction) at the Narcotics Control Commission, Solomon Stanley Eyo, has described drug barons as the most wicked people on earth.

To Mr Eyo, he cannot fathom why these people carry out these activities though they are very much aware of the implications.

Speaking at a rehabilitation and sensitisation programme, he bemoaned why they are interested in their personal monetary gains than the health of their unsuspecting victims who they sell these drugs.

Mr Eyo quizzed why they wouldn’t serve their families dosages daily if they were sure to be on a good venture.

“I have been saying that if they know what they were doing was good, in the morning when their children have finished taking breakfast, they should line them up and say Akodua come for one spoon, Kofi one spoon but knowing that what they are doing is bad, they do not let their children know,” he added.

Delving deeper into their act of wickedness, he noted: “There are cases where their spouses and other family members are not in the known what they actually do for a living.

“Several lives have been destroyed by these drug barons after parents have invested so much in raising their children and ensuring that they get a better life.”