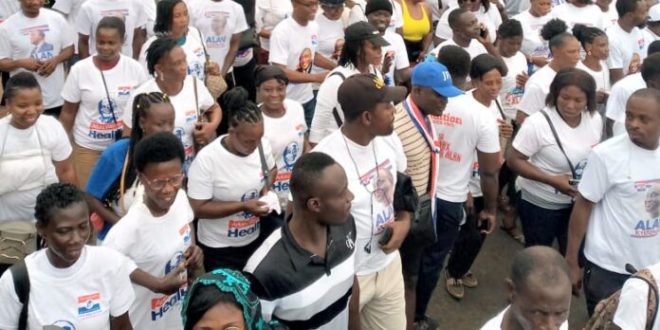 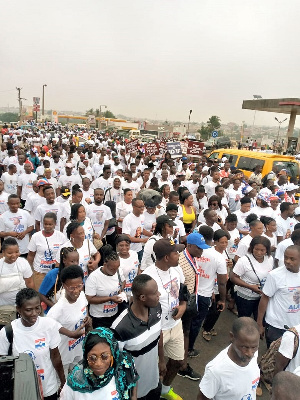 Some members of the New Patriotic Party who participated in the health walk organized by some pro-Alan groups, have slammed the organizers for giving them a paltry GH₵50 after the event for their appearance.

Some members of the NPP held a health walk in honour of Trade Minister, Alan Kyerematen, despite the party’s directive not to campaign for any presidential and parliamentary hopeful.

On August 13, 2022, hundreds of supporters participated in the walk dubbed the ‘Aduru Wo Su’ health walk.

The walk which was organized by a collective pro-Alan group was aimed at whipping up support for the Trade and Industry Minister’s flagbearership ambitions for the 2024 polls.

However, after the successful event, videos of some supporters who participated in the walk emerged as they slammed the organisers for paying an amount of fifty Ghana cedis as ‘appearance fee’.

In a video, a lady said despite all her sacrifices including closing her shop to participate in the event, she only received fifty Ghana.

“…I have taken my bath since yesterday, I join the demo with hunger, thirst and everything. I haven’t slept till now. I closed my shop for the love of Alan and as an old woman, I have walked; look at my legs and you put 50 Ghana cedis in my hands. Im also a delegate.”

The other participants on the bus were also heard lamenting over the incident.

Previous NPP’s JFK sacks Hopeson Adorye from his team
Next I have linked my Ghana Card to my phone, pension, bank accounts and everything – Asiedu Nketia discloses