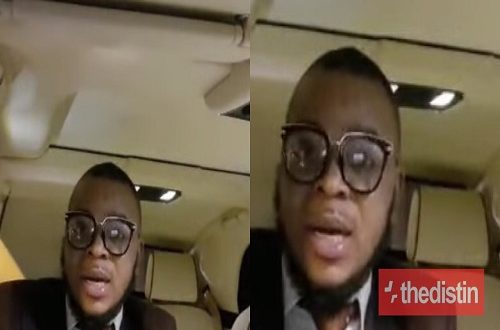 Obinim’s court victory comes after the prosecution led by Detective Sergeant Richard Amoah told the court presided by Her Worship Rosemond Agyiri that they wish to withdraw the charges levelled against the accused persons.

Louis Yiadom Boakye who held brief for Dela Blagogee Esq. of Blagogee, Blacksword & Co. told the court that the defence had from the very beginning maintained that Bishop Obinim was innocent and if the prosecution saw it fit to withdraw the case, they were not opposed to it.

The court subsequently struck out the case as withdrawn and discharged the accused persons who had been going before the court for about eleven months.

In a video Obinim did while he was seated in his car, the pastor refused to talk more about what transpired and what led to his court issues.

However, he kept jubilating over on his court victory.

Obinim asserted that “the end always justifies the means” as he kept advising people to keep their heads up and ignore what people say about them.

Bishop Obinim and Kwabena Okyere were separately put before a Kaneshie Magistrate Court in Accra and charged with publication of false news and forgery of document contrary to Section 159 (c) of 29, 1960.

The accused persons are alleged to have forged and published a police person wanted to form for the arrest of one Isaac Opoku, a resident of Kumasi in the Ashanti Region.

Bishop Obinim allegedly forged and published a Police Persons Wanted Form against a man in Kumasi without official endorsement.

The said wanted person form bearing the details of the supposed fugitive called Isaac Opoku, according to court documents, was circulated on social media of certain individuals who are linked to Obinim including Mr Okyere.

Tags after CASE DISMISSED HIS obinim SPEAKS WAS