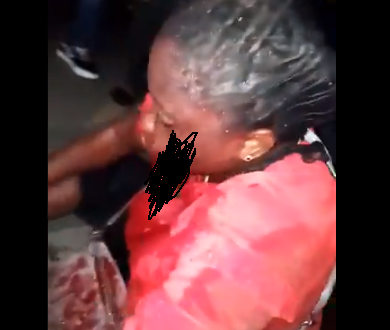 VIDEO: Lady allegedly shot in the mouth by police officer in Lagos

A woman was allegedly shot in the mouth by a mobile police officer in Lagos today, October 8.

According to Twitter user @abba_kamselem, the incident happened at Salvation busstop, Opebi in Lagos.
Spokesperson of the state police command, Muyiwa Adejobi, couldn’t immediately confirm the incident. He however, promised to revert as soon as possible.

Watch a video from the scene of the incident below…