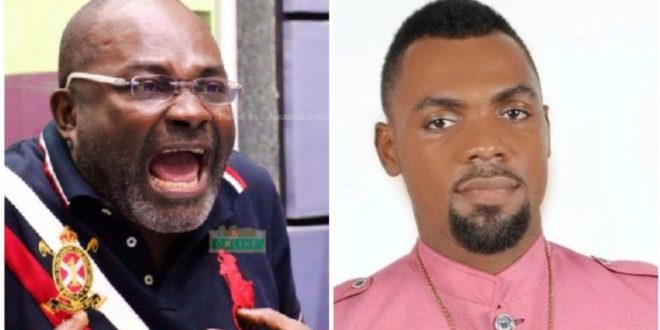 Controversial Ghanaian lawmaker Kennedy Agyapong has responded to the threats of Rev. Obofour of leaking some chats to bring him down if he tries what he’s doing to Obinim on him.

Kennedy Agyapong yesterday on his expose` claimed that no man of God can bring him down as what he’s doing is also the work of God.

According to him, some pastors have been threatening him with death but he’s not afraid to die as he claims all die be die therefore no one can use his death as a threat to him.

Adding that, even if he eventually dies, no one should think a pastor killed him rather we should take it as the will of God and that it’s his time to leave.

Previous Ghanaian women are boring in bed; they moan like phones on vibration – DKB
Next People who move into farming in Ghana are with poor mindsets – Ken Agyepong