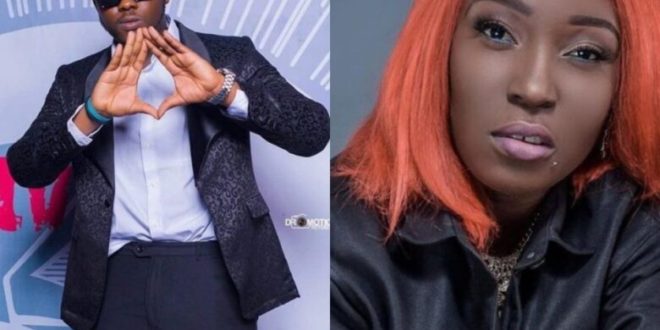 VGMA21: On Behalf Of VGMA, I Present This Award To Eno – Medikal Mocks Eno Barony

AMG Prince Medikal has mocked female rapper Eno Barony after she dropped her new diss song to VGMA and Kwesi Arthur reacting to her loss.

Eno Barony lost to Kwesi Arthur when he was crown as the rapper of the year at VGMA21 and in reacting to that she has crowned herself as the best rapper.

Medikal who has an unsettled beef with Eno Barony tried rekindling it by mocking her adding more insult to her injury as he makes fun of her on social media.

He posted a photo of the VGMA award sarcastically saying he presents it to Eno Barony on behalf of VGMA making fun of her loss to Kwasi Arthur.