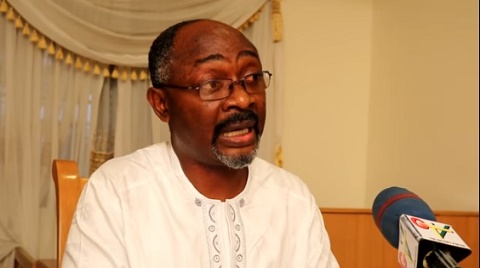 Two mansions belonging to NDC financier Alfred Agbesi Woyome have been sold to defray part of the GH¢51.2 million he fraudulently took from the state in 2011.

The mansions at Trassaco Valley, Accra, which is Ghana’s most expensive residential area, were sold at a public auction on September 11 following the orders by the Supreme Court for Woyome to refund the money he collected as judgement debt from the government.

The Supreme Court on July 25 ordered the state to open a 21-day auction notice and on August 8, the notice was published in the state-owned Daily Graphic.

The National Security Council then bought the mansions through a forced sale value on September 11.

The properties ordered by the court to be sold included two mansions at Ameri Court, Trassaco Valley, Accra, another residential property at Kpehe Caprice in Accra, as well as plant and machinery of quarry belonging to Anator Quarry Limited at Mafi in Volta Region.

Ahead of the auction, Woyome filed an application at the Supreme Court seeking to vary the terms of the order to enable him to use his property he said were in the Volta Region to replace his mansions and other properties the court had ordered that they should be sold.

Woyome, who is not a lawyer, had to move his own application yesterday because his counsel was not in court.

His grounds were that he had valuable lands in the Volta Region and would like the court to consider that instead of ordering the sale of his properties in Accra.

He said he was willing to offer a 156-acre land which he said was estimated at about $15 million.

The troubled businessman who moved the application himself due to challenges he was facing with his lawyers and the urgency of the application said the Office of the Attorney General was not willing to sit with him over the proposal “for obvious reasons.”

He told the court that there are issues with the properties the state intended to sell for defray the debt as some of them had already been used as collateral for loans; hence, liable for legal challenged.

He said some state institutions had seen and expressed interest in the land he was offering but the AG was not willing to sit down with him and accept his offer.

Justice Paul Baffoe-Bonnie, a member of the panel of justices, told Woyome that he did not need to sit with the AG to discuss the matter as he could have gone ahead to sell the land and use the money to pay some of his debt.

But Woyome stated that nobody was willing to purchase the land due to the legal challenges he is going through.

The Supreme Court presided over by the Chief Justice, Justice Anin Yeboah, and assisted by Justices Baffoe-Bonnie, Samuel Marful-Sau, Nene Amegatcher and Gertrude Torkornoo dismissed the application for being unmeritorious in procedure and an abuse of the court processes.

The Supreme Court presided over by a single judge, Justice Alfred A. Benin, in July 2019, ordered the state to go ahead and sell four properties of Woyome to defray the money he fraudulently took from the state when the NDC was in power.

This was after the court found that Woyome had colluded with the defunct UT Bank to hide the properties from the state.

At a point, the Ministry for National Security proposed that some of Woyome’s properties earmarked for auction be transferred to the state to offset the GH¢51.2 million fraudulently paid him as judgement debt.

The ministry, in a letter signed by the National Security Minister, Albert Kan Dapaah, and addressed to the Attorney General said they were proffering the advice due to the difficulties the auctioneer was facing in the sale of the properties.

The letter further pointed out that potential buyers are staying away from the properties due to fears they could lose them in the event that there is a change in government.

The AG had filed an application seeking the leave of the Supreme Court to transfer the four properties to the state.

But the Supreme Court, in July this year, directed the state to mobilise funds and purchase four properties belonging to Woyome in fulfillment of the court order for the properties to be sold to defray the debt.

This was after the court held that the AG’s Department cannot transfer the property to the National Security Council Secretariat as it was seeking to do through its application before the court.

The application was filed as a result of challenges the licensed auctioneer was facing in the bid to sell the properties to offset the GH¢51.2 million.

The application was necessitated by the fact that the AG’s Department could not on its own transfer the property to the National Security in spite of the fact that it is another branch of the government, as that would have amounted to defying the express orders of the Supreme Court for the properties to be sold through public auctions.

Previous WATCH| Election 2020: NPP Loyal Ladies to hit street over attack on them 4 years ago
Next VIDEO: I lost my 3 Billion job at Despite Media because of my campaign for NDC – Afia Schwar