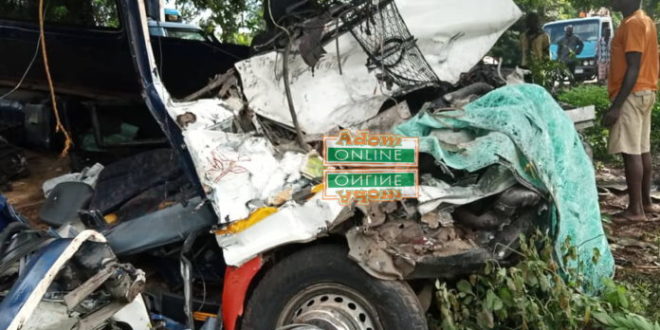 Two Electoral Commission (EC) officials, a driver and his boss have been involved in a fatal accident on the Yapei-Tamale road.

The Bole district officer, identified only as Ayuba and his driver, were said to have died instantly after colliding with a faulty vehicle parked in the middle of the road.

According to reports, the duo from Bole District were returning to Tamale in the Northern Region with materials for preparation for the upcoming district assembly elections when they met their fate.

Bodies of the two EC officials have been sent to mortuary at Tamale Teaching Hospital.