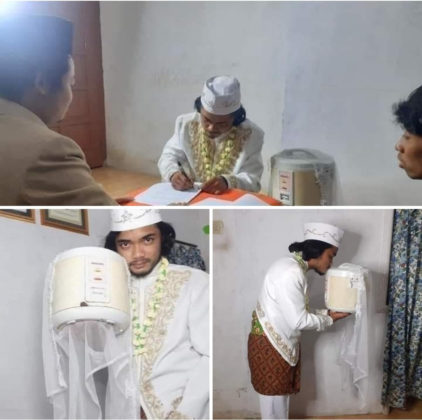 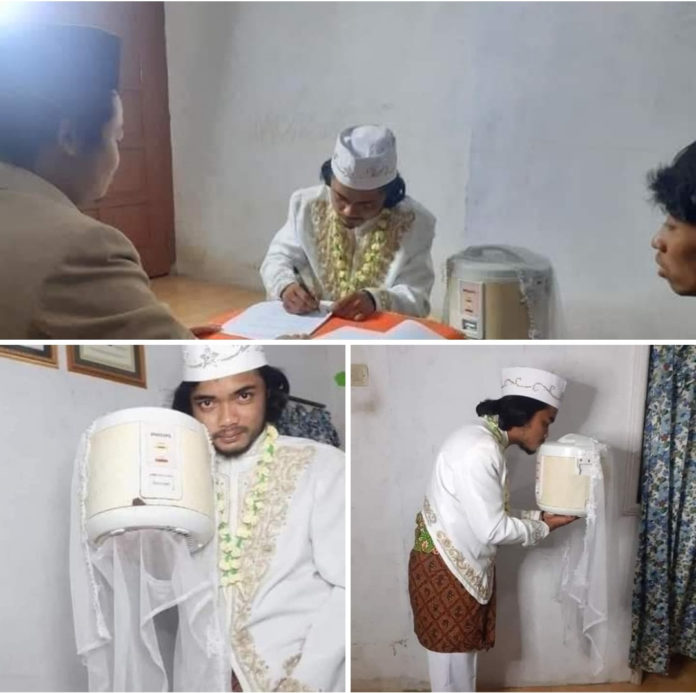 An Indonesian man has caused a stir on social media with photos from his marriage ceremony with his rice cooker.

In the photos, the man looked all glammed up for the marriage ceremony as he signs documents at a registry.

He wore a white outfit with golden embroidery to complete it while the rice cooker was adorned with a veil.

The groom, identified as Khoirul Anam, who can’t get enough of his ‘new bride’ took to his Facebook page to shower it with endless praise.

With the reasons behind his actions not known, he eulogised his wife with the functions of the electrical appliance.

He stated; She is white (fair), doesn’t talk much, and is great at cooking.