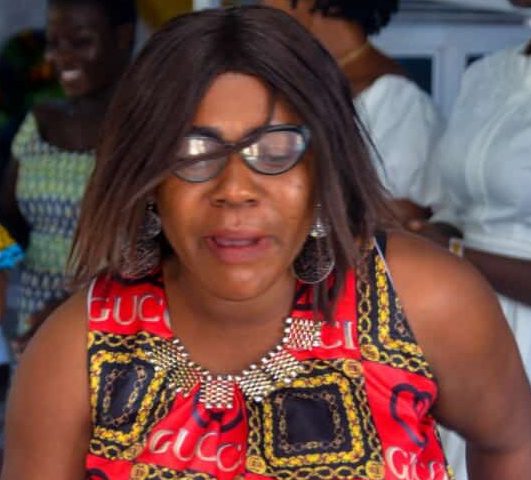 The police have arrested three persons for allegedly conspiring to fake the kidnapping of the missing but found pregnant woman in Takoradi.

Per a police statement, the kidnap victim is now being treated as a suspect as medical reports show that she was never pregnant.

The statement read “possible investigations also suggest the suspect may have conspired with other persons over her possible planned disappearance.”

“Three people have so far been arrested for further questioning on possible conspiracy charges.”

It added that “the police is heavily relying on medical experts who have examined her. Their findings are that Josephine Potyit Mensah was not pregnant within the period under review following thorough medical examination by the medical doctors at the Axirn Government Hospital.”

See the statement below 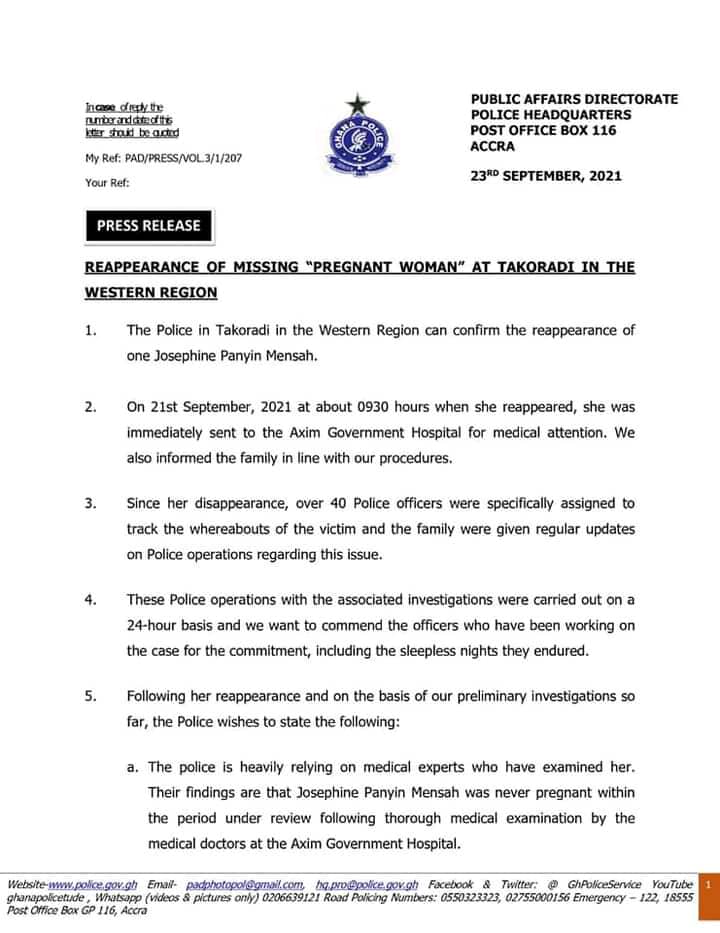 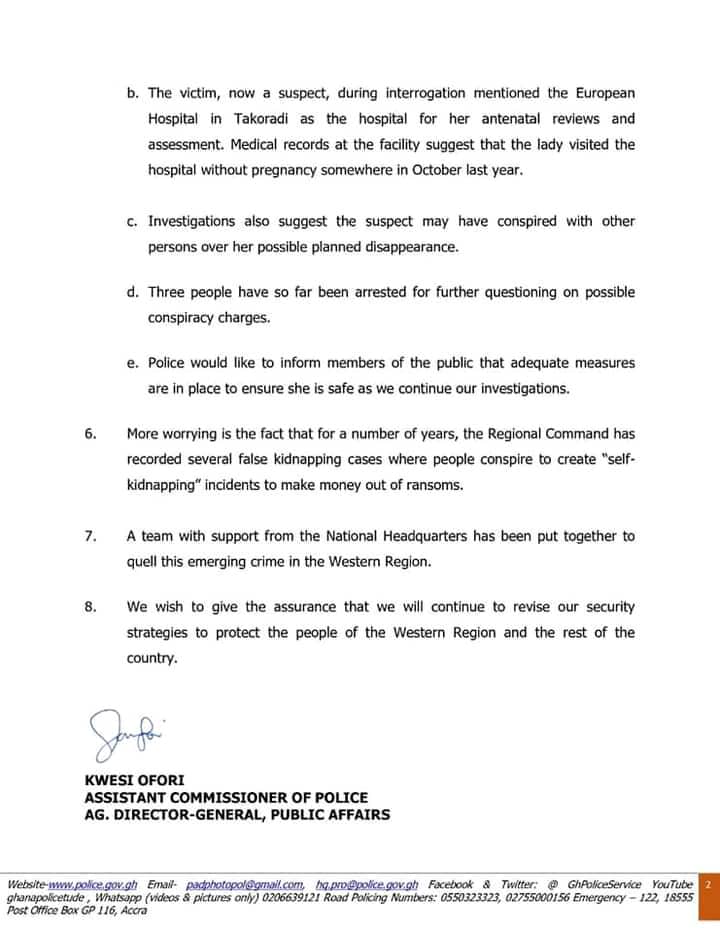