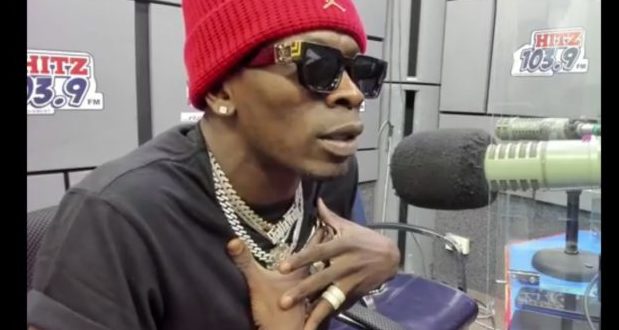 This is why Shatta Wale does not invest in music videos 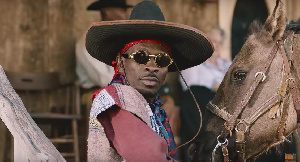 Dancehall musician Shatta Wale has disclosed that investing in music videos as a solo artiste, is a useless act.

According to Shatta, he finds it disturbing when, for instance, the likes of Sarkodie, who do not belong to any record label, spend a fortune on music videos.

This he believes is wasteful because, after all the flashy music videos, Sarkodie isn’t able to ‘blow up’ just like Nigeria’s Wizkid and others.

“I watch someone like Sarkodie investing in music videos and yet he is still not making it. What he is doing, I don’t get it because he is alone and yet he is using his money to do that,” he stated on JoyFM’s Showbiz A-Z

Prior to this, the SM boss has reiterated several times that investing heavily in music videos isn’t his style.

Sometime in March 2021, Shatta established during a Facebook live that he would rather spend on properties than on music videos.

“Don’t worry yourself shooting videos like you want to compete with Jay Z. What I will waste in producing good videos. I will rather invest in properties. Sizla and others shoot movies in front of their houses, and the songs go international,” he said.

In September 2021, popular Ghanaian video director Yaw Skyface called out Shatta for what he described as his incessant habit of shooting substandard music videos.

“If he was shooting standard quality videos and he comes out to say don’t spoil your money, then what he is talking about is not based on substandard videos. But, he is always shooting substandard videos. We all know that he will never put money on a video. So when he comes out with a statement like this, that means you are enticing people not to invest in their music videos,” he stated.

“But let’s say you meet a music executive at the airport and you want to show that you are a musician from Ghana, the first place he will go is your youtube to check your work. And I think we should clear that mentality of we want to promote Ghana, so we have to have people smoking in Labadi, in the bushes. So that is the street. No, that is not the street. It is nothing,” he added.