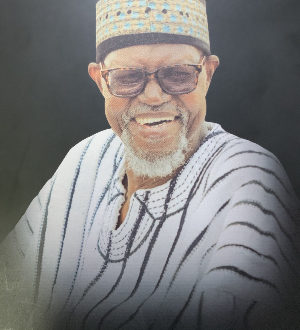 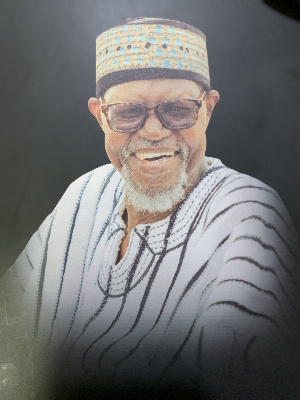 The Managing Editor of the Insight Newspaper has celebrated a late former comrade, John Ndebugre, describing him as someone whose courage was infectious.

In a tribute to the late Member of Parliament for Zebilla on the ticket of the Peoples National Convention (PNC), the veteran journalist also recalled how Nde, as he was affectionately known, became a commercial car driver, plying the Accra-Aflao Road, after serving as a minister.

“Who could believe that a minister would, on leaving office, register his private car as a commercial vehicle and ply the Accra-Aflao route with it as a commercial driver?

“John Ndebugre did this and more,” he wrote in his tribute.

John Akparibo Ndebugre died on Friday, May 6, 2022, at Zebilla in the Bawku West District of the Upper East Region.

The former Peoples National Convention (PNC) MP, who was a lawyer by profession, was married and had four children. He died at the age of 72.

John Akparibo Ndebugre was a Ghanaian politician of the Republic of Ghana.

He was the Member of Parliament representing the Zebilla constituency of the Upper East Region of Ghana in the 4th Parliament of the 4th Republic of Ghana.

He was a member of the People’s National Convention.

Ndebugre was born on March 12, 1950. He was a product of Kwame Nkrumah University of Science and Technology where he earned a Bachelor of Science degree from the university.

He was also a product of the Ghana School of Law, where he acquired a Bachelor of Law degree from the school.

Ndebugre was a lawyer by profession.[2]

Ndebugre was a member of the People’s National Convention. He became a Member of Parliament in January 2005 after emerging winner in the general election in December 2004.

He was elected as the MP for the Zebilla constituency in the fourth parliament of the fourth Republic of Ghana.

Ndebugre was elected as the Member of Parliament for the Zebilla constituency of the Upper East Region of Ghana for the first time in the 2004 Ghanaian general elections.

He won on the ticket of the People’s National Convention.

His constituency was a part of the 3 parliamentary seats out of 13 seats won by the People’s National Convention in that election for the Upper East Region.

The People’s National Convention won a minority total of 4 parliamentary seats out of 230 seats. He was elected with 11,026 votes out of 31,188 total valid votes cast.

This was equivalent to 35.4% of total valid votes cast.

He was elected over Appiah Moses of the New Patriotic Party, Cletus Apul Avoka of the National Democratic Congress and Sulley Aneda Apam of the Convention People’s Party.