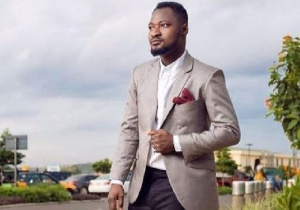 Some celebrities have reached out to Funny Face, who appears to be battling depression following his altercations with his baby mama, Vanessa.

Resorting to social media to express their worry, these celebrities said all attempts to reach the ‘Children’s President’ on phone have proved futile.

This was after he threatened to take away his life.

“I know where you started from, way back at Adom FM. Do not let life bring you down. Do push people away. Even those you think hate you love you and may be doing their actions out of love. Please pick your phone up wai. I’m back in town,” Vim Lady wrote on Social media

“When you say a PRAYER, please say one for our Brother. As for our dear Vanessa, I believe the little angel in there is protecting her, and she’s very safe in God’s hands” Gloria Sarfo wrote.

Nonetheless, Funny Face has since been releasing videos and voice notes of his baby mama on social media alleging that she is evil and doing all she can to take the children away from him.

His mannerisms and constant rants on social media have sparked rumors and suspicions that the actor is suffering from depression.

This was after the comedian’s ex-lover, Vanessa disclosed many things that transpired in their relationship and on the blind side of the public.

Among several allegations, Vanessa alleged that Funny Face has been physically assaulting her, adding that he once threatened her with a gun.

She also claimed that Funny Face tries to seek sympathy from the public by projecting her as the one causing him woes which is unfortunate.

Previous Four injured in an accident on the Koforidua-Mamfe road
Next VIDEO: Pastor Flies In Church