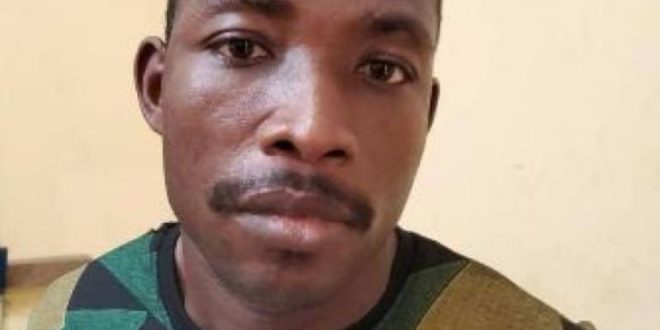 Imoro Shaibu has been busted by the Tesano Police for allegedly attacking and robbing a man of his motorbike.

Deputy Superintendent of Police (DSP) Effia Tenge, Head of Public Affairs Unit of the Accra Regional Police Command, told the Ghana News Agency in an interview in Accra on Tuesday.

She explained that on November 28, 2020 at about 1914 hours, Shaibu and his accomplice (now at large) hired the service of the motor rider from the Kwame Nkrumah Circle to Tesano.

DSP Tenge said on reaching Tesano Bungalow, Shaibu and his accomplice all pulled guns at the victim/complainant and snatched his Royal Motorbike with the registration number M-20 R 7795 valued at GH¢3,800.00.

They then bolted with the Okada and on Sunday, January 3, 2021, at about 1500 hours, the complainant spotted Shaibu at Agblogbloshie Market and caused his arrest which he also handed over to the Tesano Police for investigation.

She said he is currently in Police custody assisting in further investigations.

Previous Mike Oquaye or Alban Bagbin: Who becomes Ghana’s next Speaker of Parliament?
Next VIDEO: I was denied opportunity to study in Canada because I refused a sex offer – Mobile money vendor