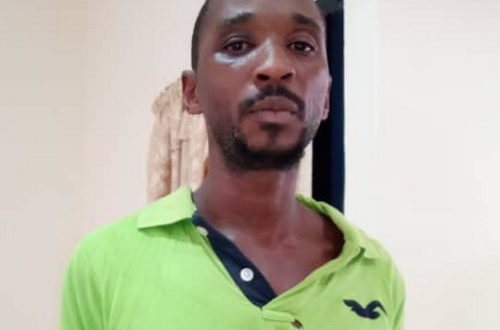 The incident took place when the alleged kidnapper was being led to the Takoradi district magistrate court before his worship Michael Ampadu assumed his seat.

The frustrated mothers questioned Samuel Wills of the whereabouts of their children but the accused did not respond.

It would be recalled that Mr Alexander Kojo Kuranchie, father of Priscilla Mantsebeah Koranchie broke down in tears after court proceedings.

His worship Michael Ampadu on that day admonished the families to corporate with the police rather than vilifying them.

The magistrate insisted that the accused is being tried on his unlawful escape from police custody because the police have not concluded with their investigations on the kidnapping crime.

Meanwhile, the frustrated families have been piling pressure on the police and other security agencies all in a bid to get their girls, a situation which is yet to yield any dividends.