Home / POLITICS / ‘Take this Parliament, do whatever you want with it’ – KT Hammond to Minority 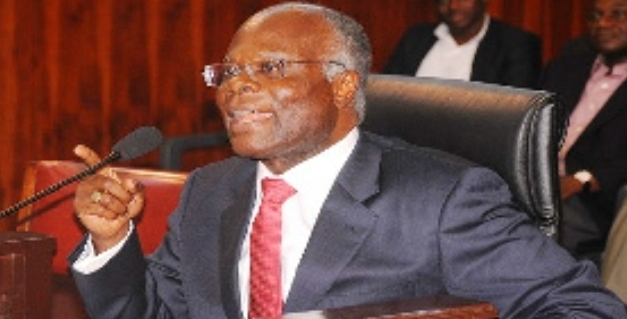 ‘Take this Parliament, do whatever you want with it’ – KT Hammond to Minority

Parliament fails to conduct business for lack of quorum

Kobina Tahir Hammond, Adansi Asokwa Member of Parliament is not happy with the Minority in Parliament, especially their hardline positions on quorum to conduct business and to take decisions.

Three of the last four sessions of the House had to be adjourned because of lack of quorum, especially at the time of decision making.

Earlier this week, South Dayi MP, Rockson-Nelson Dafeamekpor raised an objection to the business continuing in the chamber citing a lack of quorum vis-à-vis March 9, 2022, Supreme Court ruling on voting rights of Deputy Speakers and formation of quorum.

After Dafeamekpor’s submission, KT Hammond responded by explaining why it was not always the case that MPs on the other side had to argue on commonsensical and or logical nature of the law because it was always not the case.

“There are certain aspects of the law which entirely aren’t common sense, but it is the law. So do not confuse the two, do not conflate the two,” he explained.

He proceeded to make the point that the opposition National Democratic Congress, NDC, MPs were misinterpreting the Supreme Court ruling before asking them to do what they wanted with the Parliament and let the Majority Group know when they are done.

“Let’s stick to him, he won’t let us do any work because we don’t have 90 plus or whatever, take this Parliament, do whatever you want to do with this Parliament when you are tired, let us know,” he stated before resuming his seat.

The Supreme Court on March 9 delivered a landmark ruling affirming that contrary to Parliament’s Standing Orders, Deputy Speakers whiles presiding in the House could vote and could be counted to form a quorum.

The Minority strongly rejected the ruling and have vowed to challenge its practical implementation in the House.

Since the ruling, they have also insisted that more than half of members be present in the Chamber before any decision is taken, a situation that has led to the forced adjournment of three of the last four sittings.

Previous A/R: Torrential rain rips off roof of Bekwai SHS
Next This week on #TwitterGhana: Baba Yara to host Ghana World Cup Play Off match, Sarkodie set for Dubai concert and much more