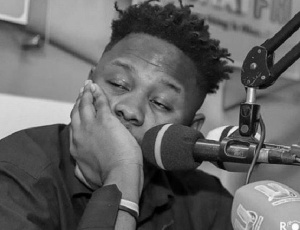 Stop comparing us, I’m not on Sarkodie’s level – Medikal

Social media has been rife with comparisons between the two rappers and it has gotten to the attention of Medikal.

The rapper while speaking on YFM in Kumasi, said he has heard people comparing him to Sarkodie who he sees as a legend.

Medikal acknowledged the fact that the Sarkcess music boss is on another level and he may not get to his status in his music career.

He called on his fans to stop comparing the two of them because Sarkodie is a legend and he (Medikal) hasn’t attained that height yet.