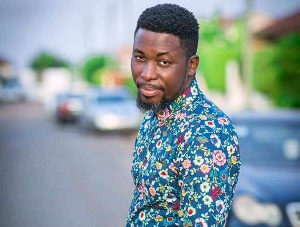 Stop asking foolish questions about my personal life – A Plus fires

Musician Kwame A Plus has revealed the reason behind his difficulty with honoring interviews.

He believes the more pertinent issues which should be focused on by journalists are shoved aside while questions about the personal lives of the individuals being interviewed are put on the spot.

A Plus is certain that the time used to probe his personal life will be more profitable if it were used to seek solutions to the major challenges in the country.

It is for that matter he says, he will make time for more important interviews than focus on trivial ones.

His statement falls on the back of the question about his alleged ‘crumbing marriage’, posed at him by a presenter during an interview on an Accra-based radio station.

“The reason I find it difficult going for radio interviews is stuff like this. As we speak, there are people lying in the hospital and they are dying because there