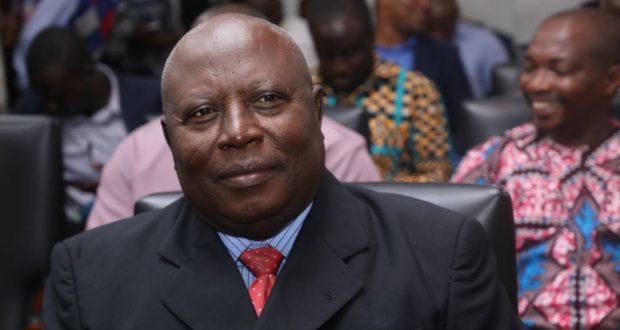 The Special Prosecutor, Martin Amidu, tasked to fight political corruption has been asked to crack the whip on two staff indicted in alleged fuel theft.

Star Ghana Foundation and Daniel Batidam, a Ghanaian member of the African Union Advisory Board on Corruption, agree the allegation dents the image of Office of Special Prosecutor and that of Martin Amidu, seen to have a no-nonsense posture towards corruption.

Martin Amidu’s secretary, Joseph Dasana remains at post despite an internal memo indicting him for collecting ¢5,300 worth of fuel he was not entitled to.

Joseph Dasana drives a 2018 Toyota Corrolla which uses not more than ¢300 on a full tank and should get exhausted after running more than twice the distance from Accra to Kumasi.

But in a string of fuel collections, the secretary to the Special Prosecutor bagged ¢700 worth of fuel in a day.

An Accountant, Peter Owusu Afriyie who is on secondment from the Comptroller and Accountant-General’s Department, has been sent back after he was also indicted.

She wants answers to what led to the alleged stealing and steps taken by the office since the incident.

Member of the African Union Advisory Board on Corruption, Daniel Batidam, supports the call, adding that the conduct of the employees in question is the important issue, and not the amount of fuel allegedly stolen.

Since taking the job in February 2018, the Office has filed only one case in court.