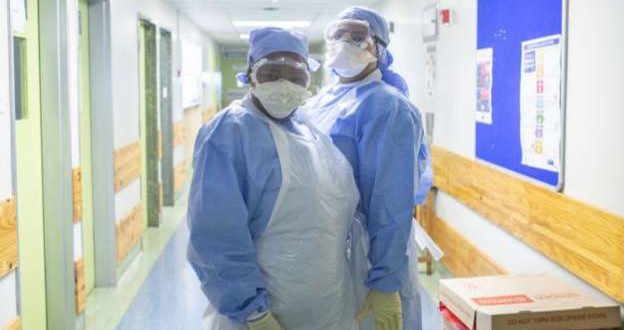 On a continent which the virus has been slow to penetrate – there is a sudden sense of urgency. The virus is now confirmed to be present in at least 26 nations across the continent.

President Cyril Ramaphosa said visitors from the US, UK, Italy and other high risk countries, would be banned from Wednesday. He warned of severe economic damage, but said there could be no half-measures.

Most land crossings into South Africa will also be shut. Gatherings of more than 100 people are no longer allowed. All schools will be closed.

Kenya has announced similar measures. Travel into the country from any nation with reported coronavirus cases will be banned, but Kenyan citizens and foreigners with valid residence permits will be allowed to enter. On Sunday Kenya’s government confirmed two more cases of the virus, taking the total number to three.

So far, Africa as a whole has only confirmed more than 300 cases and six deaths – with Egypt, Algeria, Senegal and South Africa accounting for most of those.