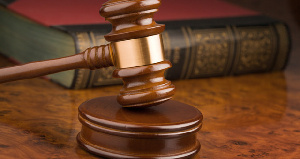 A Tarkwa District Court has imposed a fine of 240.00 Ghana cedis on a sixty-year-old man for failing to wear a seat belt while driving.

The convict Oster Amissah, pleaded guilty with explanation, but Mr Charles Owusu Nsiah, the presiding judge convicted him to the fine or in default serve twenty days imprisonment in hard labour.

He said on February 20, this year, Amissah was driving his Toyota Avensis saloon car with registration number GY 2221-13 from Bogoso junction towards the Tarkwa Township.

Inspector Osei said around 0615 hours, the complainants who were conducting their regular vehicular and motor checks saw the convict and noticed he was not wearing a seat belt and arrested him.