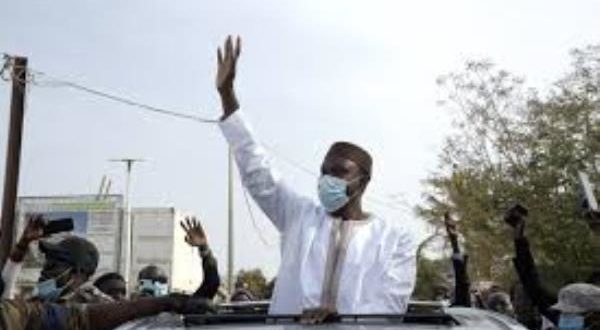 The opposition leader in Senegal, Ousmane Sonko, whose arrest has sparked nationwide violent protest was released on Monday, March 8, 2021, but under judicial supervision according to his lawyers.

Sonko was arrested and charged with rape which he denies and describes as politically motivated.

He appeared in court on Monday, March 8, 2021, where his charge was read to him and he pleaded not guilty to the charge levelled against him.

Me Etienne Ddione, one of Sonko’s lawyers expressed his excitement saying “he is going home. He is free”.

Despite his release, the 46-year-old Sonko’s supporters have called for three more days of protests beginning Monday. Schools in the country’s capital have been closed for a week.

Sonko became third in the country’s 2019 presidential elections which saw president Macky Sall reelected for a second term. He is seen to be the people’s favourite in subsequent elections, especially among the young population.

He was arrested on Wednesday on charges of disturbing public order.

However, pressure is mounting on president Macky Sall to publicly speak on the matter.