Home / GENERAL NEWS / SAD PHOTOS: Bride in coma after groom crashed to death on his way to their wedding 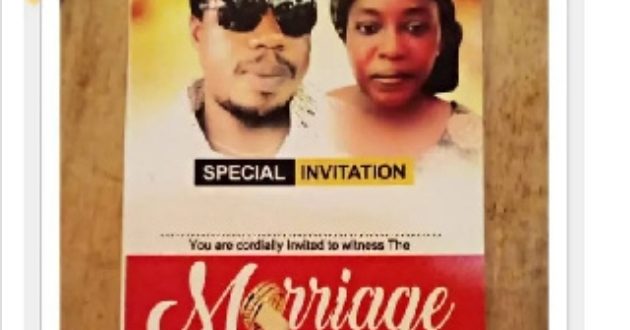 SAD PHOTOS: Bride in coma after groom crashed to death on his way to their wedding

Wedding called off after groom loses his life

It was his advertised wedding day and it was supposed to be, as it usually is, one of his happiest days – a day he would share with his bride but luck eluded them in the most disastrous way.

Today, March 14, 2022, the death of Mohammed Zakari, the groom, has left his would-be bride, Mariam Osman, with nightmares of all the good things they expected Sunday, March 13, 2022, to bring to them.

In a 3news.com report, Mohammed Zakari’s life was snuffed in a sad way when he was involved in a car accident at Fumesua en route to the grounds of their marriage ceremony.

The accident, which occurred on the Kumasi-Accra Highway around 1:00pm, involved a Ford Escape vehicle with registration number AS 3222-21, the police said.

Mohammed Zakari is said to have been the driver, chauffeuring four of his friends when he lost control and ran into a ditch, dying on the spot.

His other friends, except for one whose situation is a life-threatening one, are said to have made it but are currently being attended to at the KNUST Hospital.

The critically injured occupant is reported to have since been transferred to the Komfo Anokye Teaching Hospital (KATH).

The report added that the Ejisu Motor Transport and Traffic Directorate (MTTD) has commenced an investigation.

The would-be bride is still in a coma after suffering from the traumatic shock.

In accordance with Islamic rites, the deceased groom has been buried. 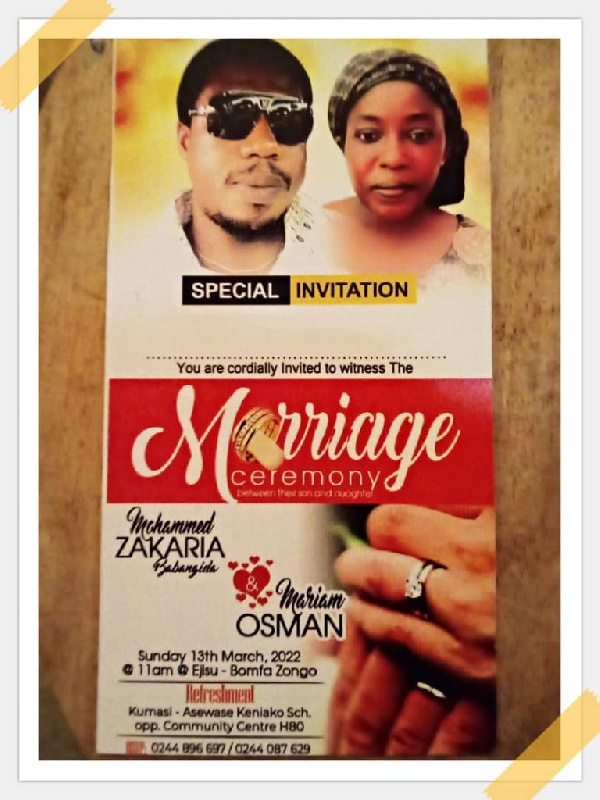