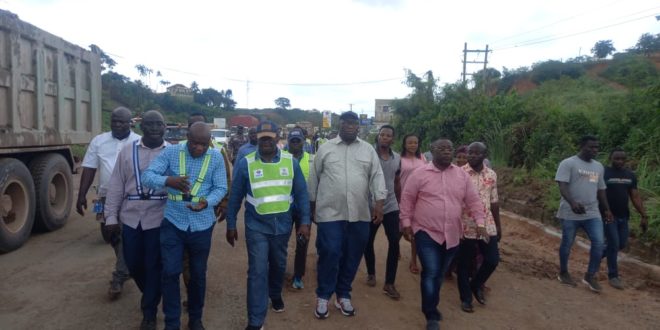 The Minister of Roads and Highways, Kwesi Amoako-Atta, apologized for the poor nature of the Cape Coast – Takoradi road as he inspected the Essikado-Ketan section of the road with Hon. Joe Ghartey.

Mr. Amoako-Atta has therefore given the Chief Executive Officer of Asabea Constructions, Samuel Ofori Larbi, an eight-week deadline to complete works on the Nkroful Junction to Ketan stretch of the main Takoradi-Cape Coast Highway.

The Minister gave the deadline after the Member of Parliament for Essikado-Ketan Constituency, Hon. Ghartey had raised concerns about the poor state of the road.

Hon. Ghartey had expressed his dissatisfaction in no uncertain terms with the detoriation of the road.

In order to avoid traffic when the Minister for Roads was on inspection in his constituency, Hon Joe Ghartey was seen on a motorbike riding behind his constituency youth organizer, Mohammed Sani.

Mr. Ghartey told the Roads Minister that whilst as an MP he had received a lot of support from the Department of Urban Roads, he could not say same about Highways. 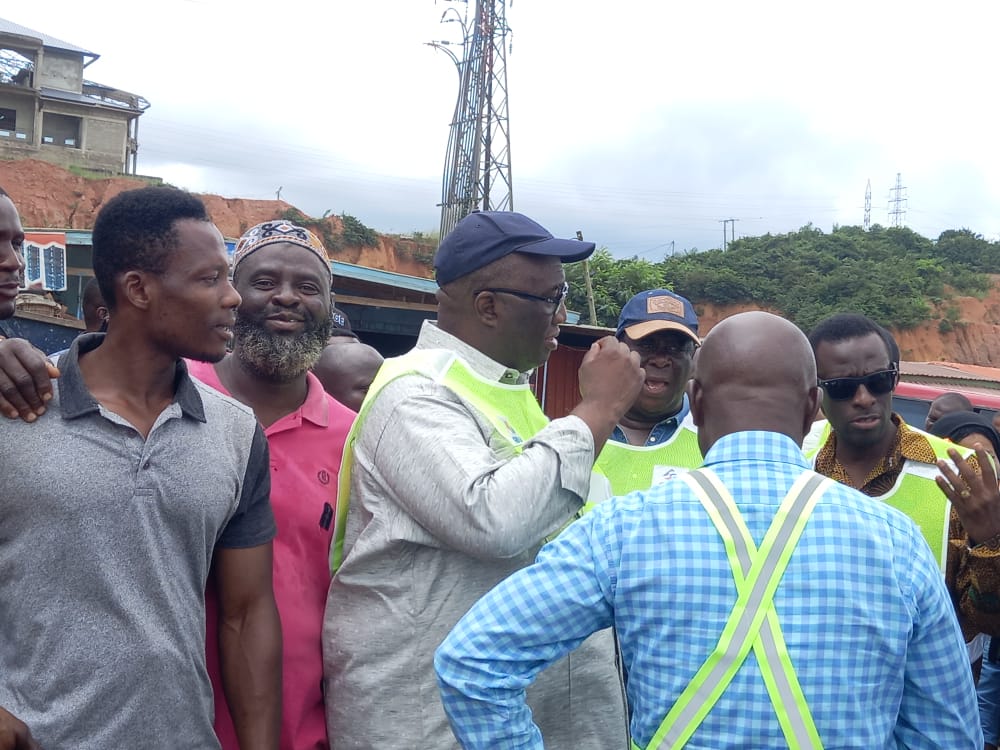 Mr. Amoako-Atta admitted indeed that Hon. Ghartey was right that the road was indeed in a poor state, saying he was not satisfied with the progress of work and reports reaching him that the contractor had left site about four times.

The Roads Minister therefore charged the Regional Highways Officer to give him a daily report of the progress of work, insisting that the contractor must finish the work within eight weeks.