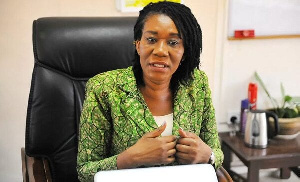 Review law on age for consent to sex – Population Council

Executive Director of the National Population Council, Dr Leticia Appiah is asking government to increase the age of marriage to control not only population growth but also enable girls to finish school before entering marriage.

She also wants the law on age for consent to sex reviewed.

In Ghana, the age of consent to sex is 16years, according to Section 101 of the 1960 Criminal Code. The age limit for marriage is 18 years old. This means any boy or girl who so desires to marry at that age is permitted whiles it is permissible for girls to consent to sex at the age of 16 without any prosecution.

Limiting the age of marriage and consent to sex it is believed would reduce streetism, reduce teenage pregnancies and school dropouts.

According to Dr Appiah, people cannot make choices in ignorance and believes a lot of information is needed for policy and decision making.

A comparison of what exists in other countries shows that the age of consent in Kenya is 18 years regardless of sexual orientation or gender, that of Liberia is also 18 years, The minimum age of consent in Gabon is 15 but it is 13 in Niger.

Other places are Cape Verd 14, Gambia 18 for females and Guinea Bissau 12 years.

Dr Appiah who made the observation on the 3FM’s Sunrise Morning Show said “It is not just limiting the number of babies you can have but also increasing the age of marriage. If you give birth at 15 years, within 60 years you have four generations but if we say our children are going to give birth at 20 years so that they can be in school. It is not just limiting the number at times even if you live the same number and you give birth later just obey the rules of reducing high risks pregnancies that’s all,” she emphasized.

Previous VIDEO: Watch Commey’s brutal knockout victory against Marinez
Next Why man stripped n*ked in bank will shock you