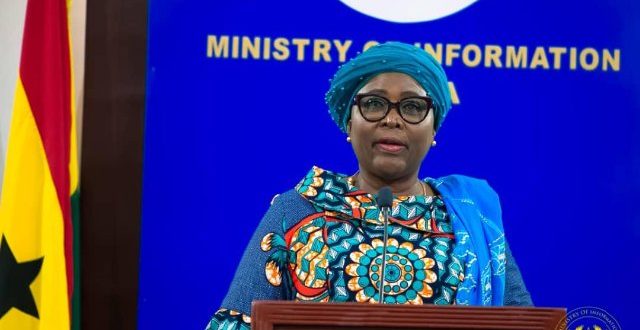 The Minister of Local Government and Rural Development, Hajia Alima Mahama, has refuted suggestions that the President caused financial loss to the state with the cancellation of the December 17 referendum.

The referendum was to decide on an amendment of Article 55 (3) of the Constitution to enable political parties to participate in local level elections.

But President Akufo-Addo in a national address on Sunday said there was no “durable national consensus” on the matter and cancelled the referendum.

Despite the money spent on sensitisation and campaigns by the state, Hajia Alima Mahama insisted to Citi News that the state has not wasted resources.

“I don’t see any financial loss to the state. The processes have gone together. The EC usually mounts a platform. Whether the referendum was there or not, the platforms would have been mounted for people to get people to present their manifestoes or policy initiatives on their elections so that would have continued anyway. So I don’t see anything like financial loss to the state.”

The Member of Parliament for North Tongu, Samuel Okudzeto Ablakwa asked the government to disclose how much money has been expended on the now cancelled December 17 referendum.

He raised questions over the cost of the process in a Facebook post on Sunday after the announcement.

“As transparency and accountability demands: can Government now disclose how much it has spent on this abortive referendum thus far; and steps being taken to prevent any more financial loss to the state, especially as we are aware printing of ballot papers and other ancillary expenditures had long commenced.”

As part of his announcement, the President also directed the Local Government and Rural Development Minister to withdraw the Bills seeking to amend Articles 55 (3) and 243 (1).

Parliament later approved the withdrawal of the two bills on Monday.

The Attorney General and Minister of Justice, Ms Gloria Akuffo represented the government to withdraw the Bills.

The National Democratic Congress (NDC) had questioned the Nana Akufo-Addo-led government’s commitment of fulfilling its promise to Ghanaians to elect their Metropolitan, Municipal and District Chief Executives (MMDCEs).

A statement signed by the NDC’s General Secretary, Johnson Asiedu Nketia indicated that they were deeply concerned that the President decided to withdraw the MMDCEs’ election bill and suspended the controversial referendum.

The party further described the decision as “misguided.”

“The withdrawal of the Amendment Bill on Article 243(1) is completely unnecessary and brings into question the President’s commitment to his campaign promise to make the position of MMDCEs elective. It is violation of a key manifesto promise of the NPP and exposes the fact that President Akufo-Addo’s much-touted pledge to make the position of MMDCEs elective has been a quid pro quo all along.”