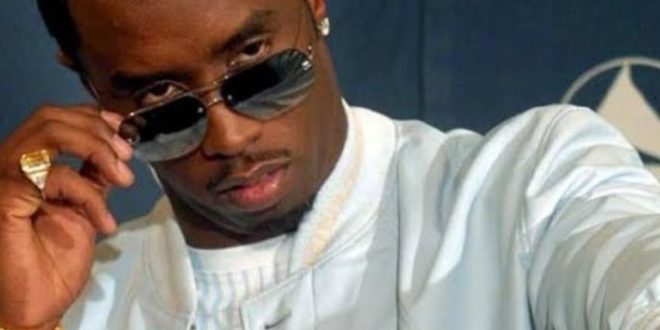 Puff Daddy in pains after Black Sheriff snubbed his massages

31-year-old American-based Ghanaian private jet broker, Kelvin Mensah, otherwise known as PJ Kev, has disclosed that Sean Love Combs, also known as Puff Daddy or P. Diddy, has reached out to him because Black Sherif has failed to respond to his messages.

Speaking on DayBreak on Hitz on Hitz FM, the young businessman said after the famous artiste whose name runs deep in American music history reached out, he also contacted Black Sherif to let him know.

According to him, Blacko responded to his message and whatever happened afterwards is none of his business, stressing that his job was to make sure Black Sherif knew who was knocking at his door.

“Diddy reached out to me recently; he said he has been trying to be in contact with Black Sherif. I told him too. I Instagrammed him and told him ‘hey Diddy’s team is trying to reach out to you.’ He did respond.

“I don’t know how far it is they’ve gone. I just connect the dots and go my way. I tell you I didn’t really want to be in the music game no more. For me, I don’t have any interest in it. I love it and listen to it every day. It gets me motivated but I just don’t have interest in it,” he disclosed.

This revelation by PJ Kev has got some social media users shocked at the opportunity the ‘Kwaku the Traveler’ sensation is letting pass should he not hold on tight to it.

A reaction shared by a user read, “A lot of people reach out to him but it appears his management doesn’t respond…I don’t know why.”

“If it would have been a Nigeria management team to an artist ..they will look sharp on it …don’t why most of our artiste’s management are sooo dull when it comes to moves like this,” another added.

A third asserted, “I knew it cos Burna is with Diddy for some time now. I pray this works out”

Black Sherif has chalked several successes since he ventured into the music industry. His songs are being streamed, he has topped global music charts and earned laurels for his craft.

At the 2022 Vodafone Ghana Music Awards, he won the Best New Artiste of the Year after winning a similar category at the 5th edition of the 3Music Awards.

His songs – First Sermon, Second Sermon and Kwaku The Traveller – have catapulted him to fame as his audience appeal keeps skyrocketing.

Previous L3AKED VIDEO: Zack GH goes pants down with alleged girlfriend Safina Haroun
Next Man weeps after girlfriend left him for another man at Ashongman