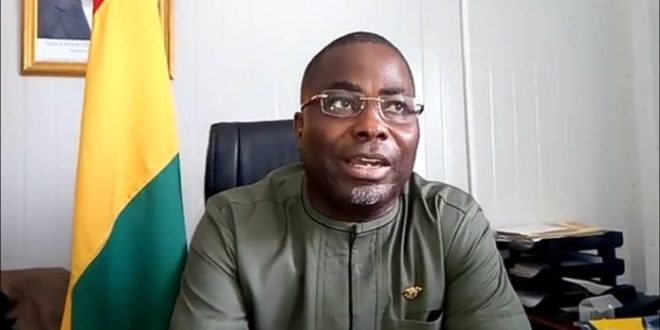 The Ranking Member of the Mines and Energy Committee of Parliament Adam Mutawakilu on Wednesday called for the prosecution of public officials implicated in the latest Tiger Eye PI investigation which is yet to be aired Ghone TV tonight.

Transcripts of the first part of the investigative piece christened ‘galamsey fraud’ uncovered massive scale of fraud perpetrated by some members of the Inter-Ministerial Committee against Illegal Mining.

The Committee was established to supervise the ban on small scale mining which was imposed in March 2017 when it was observed that small scale mining was being used as a cover for irresponsible mining as well as even illegal mining in many parts of the country.

The practice fast led to a degradation of the environment affecting severely rivers and forest reserves. In some cases, it even led to a contamination of agricultural products as a result of the absorption of dangerous chemicals used.

Details from the investigative piece spearheaded by ace investigative journalist Anas Aremeyaw Anas, however, point to a coordinated attempt by key members of the committee to derail the government and President Akufo-Addo’s efforts to fight the illegal mining menace.

A presidential staffer and Secretary to the Inter-Ministerial Committee on Illegal Mining Charles Cromwell Bissue has been fingered as the foremost collaborator against efforts by President Akufo-Addo to fight the menace.

Commenting on the expose’ on Morning Starr  Ranking Member of the Mines and Energy Committee of Parliament Adam Mutawakilu told host Francis Abban President Akufo-Addo must immediately fire those implicated and hand them over to the police for prosecution.

“I expect the president to have fired these people by now and be prosecuted,” he said.

But, he said he believed the president will not because “he is benefiting from that activity.”

He said he was not surprised by the disclosures from the investigation as it is a confirmation of President Akufo-Addo’s unwillingness to fight galamsey and by extension corruption in his government.

“I see as a vindication of what I said last year because this is now videoed where you can see them physically taking money to encourage people to engage in galamsey,” he said.