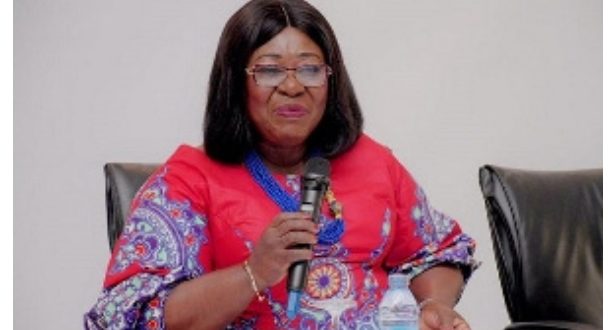 Share
Ghana celebrates 65 years since the attainment of independence

It is emerging that the office of the President will not provide any financial support for the organisation of this year’s Independence Day celebration per the status quo.

This was contained in a ‘Wireless Message’ from the Chief of Staff, Akosua Frema Osei-Opare, to all Regional Ministers (RMs) and their Regional Coordinating Councils (RMCs).

She explained that the presidency is budget-constrained thus unable to provide financial support to the regions to celebrate Independence Day.

The Chief of Staff has therefore advised that the day be celebrated in modesty.

“I am directed to inform your regional coordinating council that due to budget constraint: the office of the president cannot provide financial support to your council for the 65th March activities for this year as has been the practice over the years: you are therefore entreated to be modest in our 65th Independence anniversary celebration activities,” part of the ‘Wireless Message’ sighted by GhanaWeb read.

Ghana’s 65th Independence Day anniversary will be held at the Cape Coast Sports Stadium under the theme “Working Together, Bouncing Back Better.”

Meanwhile, ahead of that celebration, Senior Vice President of Imani Ghana, Kofi Bentil, has raised concerns regarding the treatment of school children during Independence Day celebrations.

He wants the abuse where school children parade in the scorching sun to stop.

“I sincerely hope we have matured beyond lining kids in the Sun to march in the name of Independence Day! Can we avoid abusing kids this 6th March please!!!” he posted on his Facebook wall. 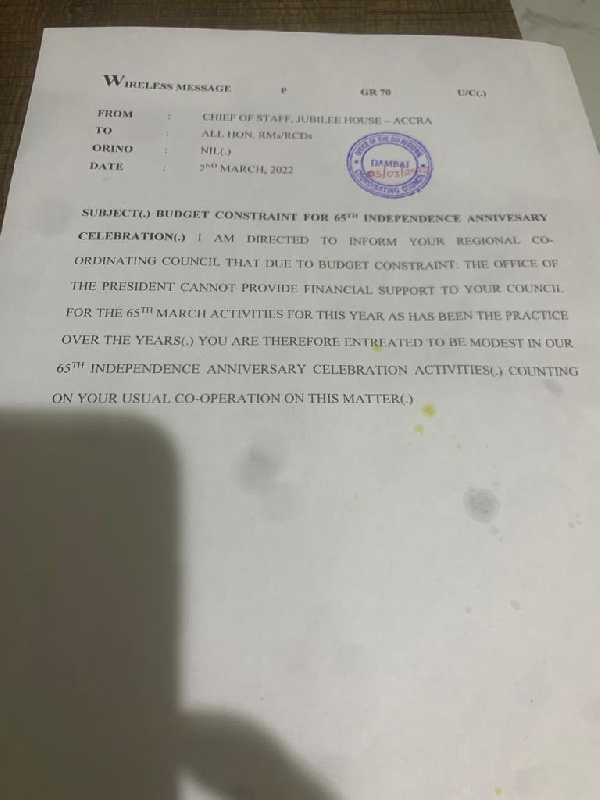 The Presidency says it has no money to sponsor our 65th Independence Day Anniversary Celebrations and yet they have money to hire a private jet at £14,000 an Hour for his foreign travels including private detours & transits.

When I talk now, they say heyy….it’s such a tragedy pic.twitter.com/yzScKCfBbG