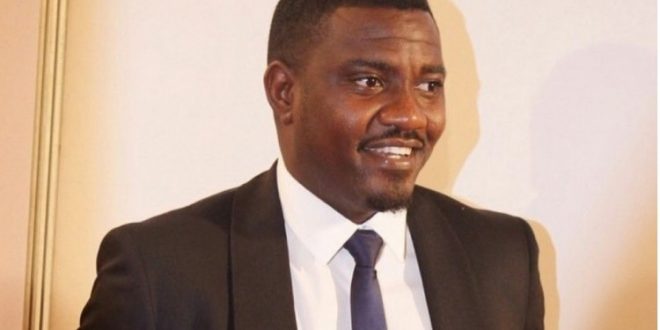 Politics not for comedians, try-and-lucky persons like you – Dumelo told

A former National Nasara Coordinator aspirant of the New Patriotic Party (NPP), Alhaji Ali Suraj has punched John Dumelo and the National Democratic Congress (NDC) describing them as comedians who think politics is like making movies.

Speaking to students affiliated to the New Patriotic Party (NPP) on the University of Ghana Campus, (UG-TESCON), Mr. Suraj described John Dumelo as a novice who lacks what it takes to represent the most intellectual Constituency in the legislative House.

“Ayawaso West Wuogon is too serious a Constituency to be represented in Parliament by “a try and luck person”, the Constituency has an enviable track record of Producing promising personalities including the Current Chief of Staff and the former MP, Hon. Frema Opare and late MP Kyeremanteng Agyako”, he told MyNewsGh.com.

Mr. Suraj, who was also a former USA Deputy Organizer of the NPP described John Dumelo as a failed actor who should have focused on that and rather than veering into politics.

“Why would the NDC make the unpardonable mistake of electing someone who has failed even in his acting career (Dumelo) as its Parliamentary Candidate for the 2020 elections?” Mr. Suraj quizzed.

He, further enumerated some impeccable and sterling achievements of the NPP government, including NABCO, Digitization of the Economy, Efficiency of clearing goods at the ports, one village one dam, Zongo development fund, Free SHS among others.

It is against this backdrop that Mr. Suraj is totally convinced of the NPP’s victory in the 2020 General elections.

“Was there Zongo development fund before the coming of Nana Addo, were Nursing and Teacher trainees paid before Nana’s inception, was there NABCO before Nana’s assumption of office?” he asked.

He emphasized that “Per the many achievements of His Excellency the President of the Republic of Ghana, Nana Addo Dankwa Akufo-Addo, I stand here today, 18, November, 2019, and declare Nana Addo as the President elect in the 2020 Presidential elections”.

He concluded by admonishing the students to be marriageable to their books for they are the future of NPP and Ghana.