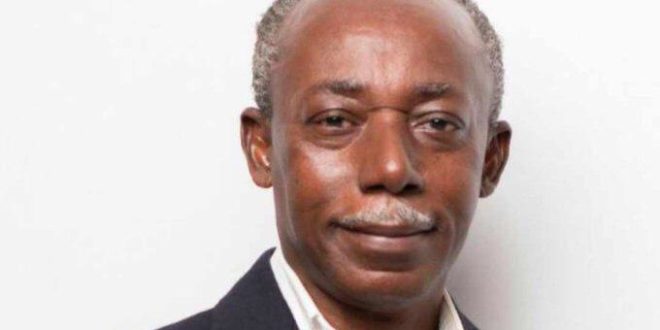 The Police are on a manhunt for two other suspects involved in the murder of Law Professor Emmanuel Yaw Benneh, who was allegedly killed in cold blood at his residence in Adjiriganor, Accra.

Inspector Ebenezer Teye-Okuffo told the Kaneshie District Court that, “Two of the accused persons are at large and we are making efforts to have them arrested.”

Inspector Teye-Okuffo therefore prayed the Court to grant them an adjournment to enable the police fast-track their investigation in the matter.

Inspector Teye-Okuffo said this when James Nana Womba, a self confessed suspect, appeared before a Kaneshie District Court.

Womba’s accomplice, Opambour Agya Badu Nkansah was however absent in court. Prosecution said Nkansah was indisposed, noting that Nkansah was receiving treatment at the hospital.

Prosecution contended that if accused persons were admitted to bail, they would impede Police investigations and prayed the Court to hold the accused behind bars.

This, he said, would enable the Police to conduct full scale investigations and put the accused at the appropriate court.

He drew the Court’s attention to the fact that the accused were being held on the charge of murder and two other key suspects were on the run.

Mr Cornelius Stephen Sackey, who held the brief of Mr George Asamani, lawyer for Womba and Nkansah, prayed the Court to admit his clients to bail.

According to Mr Sackey, the accused persons had a fixed place of abode and the prosecution knew where they resided.

Mr Sackey held that the accused would not in any way to interfere with investigations when granted bail.

Defence counsel questioned why the Police would charge the accused with murder if they claimed that they had not completed investigations.

He said his clients had people of good standing who would stand as surety for them.

The Court presided over by Ms Ama Adomako Kwakye in her ruling, turned down the bail application of the accused persons.

The Court said its jurisdiction was limited to committal proceedings and they could go to the High Court to seek bail.

It therefore remanded the suspects into Police custody to reappear on October 26.

The Court ordered the prosecution to expedite its investigations into the matter, looking at the nature of the offence.

James Nana Womba contended that he acted together with one Opambour Agya Badu Nkansah, a resident of Ashiaman, and two others, currently at large.

Womba and Badu are facing charges of conspiracy to commit crime to wit murder and murder.

The Court has preserved their pleas.

The facts as narrated by Inspector Teye-Okuffo are that Akosua Benneh, the elder sister of the deceased, is the complainant while Womba is a domestic staff of the late Prof Benneh at Adjiriganor, near East Legon, Accra.

Prosecution said on September 13, this year, the body of the 66-year-old professor was found in a pool of blood in a supine position with his hand and legs tied.

It said the deceased had been pulled from his veranda to his bedroom and had multiple body cuts with a piece of rug in his mouth, while his body was in a state of decomposition.

Prosecution said the body of the Professor had since been deposited at the Police Hospital Morgue in Accra.

He said on September 13, this year, investigations led to the arrest of Womba, who confessed to the crime and mentioned Badu and others as his accomplices.

On September 21, this year, a post mortem conducted by one Dr Owusu Afriyie, a Pathologist at the Police Hospital, revealed the cause of death to include strangulation and suspected homicide.

Police intelligence led to the arrest of Badu at Ashiaman while efforts are underway to apprehend the other accomplices.