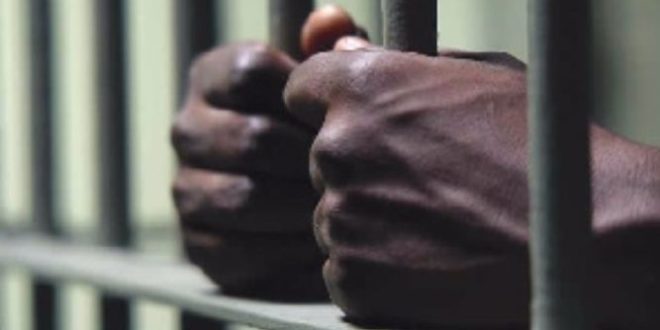 Share
An Adentan Circuit Court has sentenced Dickson Ofosu, a 28-year-old Tailor to 20 years imprisonment for defiling a 13-year-old girl at a church premises in Agbogba, Accra.

Ofosu, also a pianist, is said to have defiled the victim also at the living room of the complainant who had offered him shelter, and other places.

Charged with defilement, Ofosu, pleaded guilty and prayed the court, his family members and the family of the victim as well as the State to forgive him.

The court presided over by Mrs Sedinam Awo Balokah convicted him on his own plea and sentenced him accordingly.

The court in passing sentence considered his quick admission of guilt and the fact that he was a first offender.

According to the court, it also considered the ascendancy of defilement cases and the devastating effect of the crime on the victim, emotionally and psychologically.

It noted that the convict also took for granted the shelter offered by the victim’s family.

“This is criminal, cruel and you defiled the victim at the church premises, an abomination…”

The court directed the complainant to seek counselling and wellness care from a government hospital for the victim.

Ofosu’s girlfriend who was at the court wept uncontrollably after his sentence.

The girlfriend in her tears kept repeating how she was going to raise their two year old child as Ofosu began his 20-year-jail term.

In the courtroom, Ofosu in handcuffs, kept convincing his wailing baby mama but that could not dry her tears.

Narrating the facts of the case before the court, Chief Superintendent of Police, Patience Mario, said the complainant was a trader residing at Agbogba with the victim and other family members.

The prosecution said Ofosu was also a pianist at the church where the complainant and her family worshipped.

Chief Supt. Mario said in December 2021, the convict was accommodated at the complainant’s house and he had since been staying there.

It said May 17, this year when Ofosu, the complainant and her family were asleep, Ofosu woke up, called the victim to their living room where he sleeps in an attempt to sleep with her.

The Prosecutor said Ofosu on hearing the voice of the complainant, hid the victim behind a chair.

The prosecution said the complainant, however, saw Ofosu’s trousers zip opened and the victim was wearing only her brazier and under pants.

When the complainant quizzed the victim, she said Ofosu started having sex with her at the church premises in December 2021.

She said the convict had had sex with her in their house and different places on several occasions against her will.

The prosecution said of the victim indicated that Ofosu threatened to kill her if she disclosed her ordeal to anyone hence she kept the sexual act to herself.

It said the complainant immediately apprehended Ofosu and escorted him to the Domestic Violence and Victims Support Unit at Madina where a report was made and the victim was issued with a medical report form to seek treatment at any government hospital.