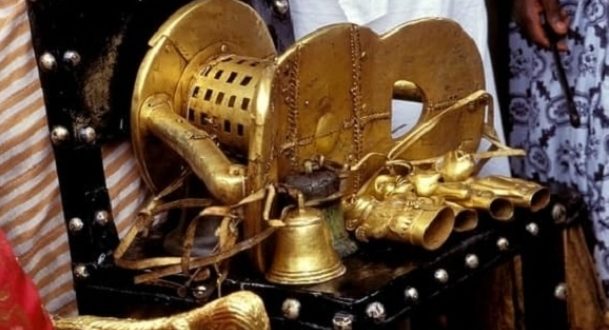 PHOTOS: Sikadwa Kofi, the powerful and sacred golden stool of the Asante people

The Golden stool, also known as Sika Dwa Kofi, represents the authority of the Asantehene (king), enshrines the soul of the nation, and symbolizes the kingdom’s unity.

Made of solid gold, the Golden Stool never touches the ground; it is carried in processionals and has its own throne. Sika Dwa Kofi has been the symbol of power in the Ashanti Kingdom since the 17th century.

According to Asante’s oral tradition, the kingdom was founded when Chief Priest Komfo Anokye miraculously caused the Golden Stool to descend from the sky onto the knees of Nana Osei Tutu, thereby designating him Asantehene, Osei Tutu I, king of all the chiefdoms he had conquered. The priest then ordered the chiefs of the formerly independent states to bury their existing regalia to signify their loyalty to the supreme Golden Stool.

Beginning with Osei Tutu I, the Ashanti have believed that the Golden Stool houses the soul of the Ashanti nation.

The Stool, made of gold, stands 18 inches high, 24 inches long, and 12 inches wide. It is never allowed to touch the ground and is considered so sacred that no one is allowed to sit on it.

Each new Ashante king is lowered and raised over the Golden Stool without touching it. No one could be considered a legitimate ruler without the Golden Stool, which usually occupies its own throne next to the Asantehene. It is the most prized possession of the Asante people.

Before they went to war, their war chiefs consulted it. As time progressed and as the Ashanti scored more victories over their rivals, turning their kingdom into an empire, the Golden Stool became even more revered. 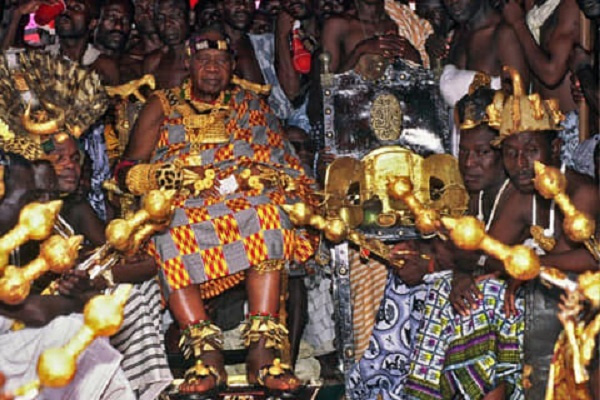 Otumfuo Opoku Ware II sitting in state next to the Golden Stool.

Here is how www.blackpast.org explained the link between Yaa Asantewaa, the golden stool and the clash with the British:

By the 19th Century, the Ashanti began a series of clashes with the British Empire which had established effective control of the coastal region of what is now Ghana. They fought three Anglo-Ashanti Wars between 1824 and 1874, with the British and their African allies gaining more control over Ashanti Territory. During the fourth Anglo-Ashanti War, the British and their Indian and African allies defeated Asantehene Agyeman Prempeh, eventually capturing him and sending him into exile in the Seychelles Islands.

The final war (1900), essentially a rebellion led by Yaa Asantewaa, the Queen Mother and Gate Keeper of the Golden Stool, was prompted by the demand by Sir Frederick Mitchell Hodgson, the British Governor of the Gold Coast to sit on the Golden Stool. With his remark, Yaa Asantewaa led a rebellion called the Word of the Golden Stool which began on March 28, 1900. The intense fighting led to the death of more than 2,000 Ashanti and 1,000 British and Allied troops. Both totals were higher than the deaths from all previous Anglo-Ashanti wars combined. The war ended, however, after six months. 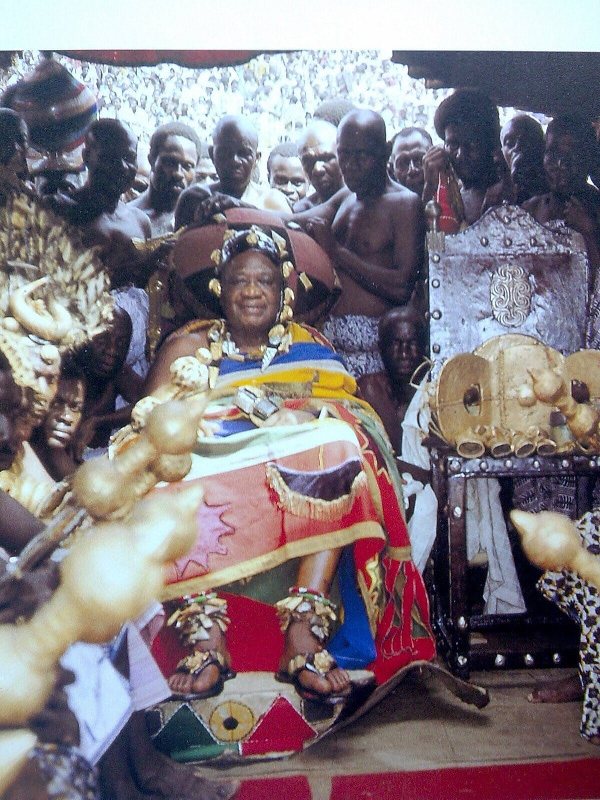 Yaa Asantewaa was captured by the British in 1901 and quickly exiled to the Seychelles, where she died in 1921, but the British never captured the Golden Stool. Hidden by the Ashanti, it was discovered by a group of African railroad builders in 1920. They stripped it of its gold ornaments and were tried by the Ashanti and sentenced to death. British colonial authorities intervened, however, and they were exiled from the Gold Coast Colony. 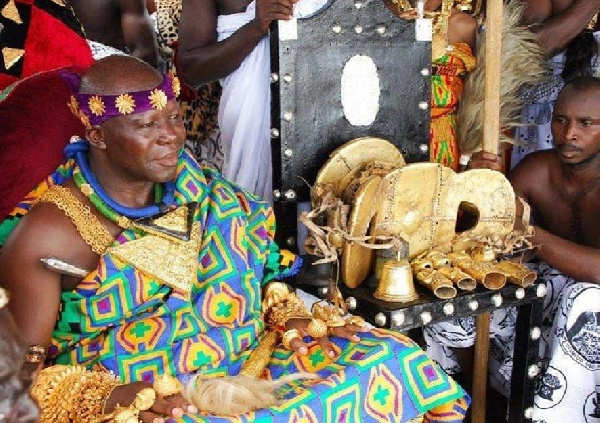 After realizing the importance of the Golden Stool to the Ashanti, the British gave assurances that they would never interfere with it again. Restored to its ceremonial place, the Golden Stool continues to be used in rituals crowning the Asantehene, although he is now considered a traditional ruler without political power or influence. Nonetheless, the Golden Stool remains a cherished symbol of the former Ashanti Empire. 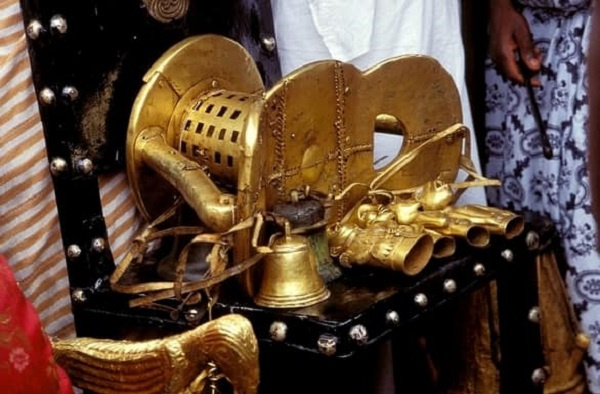