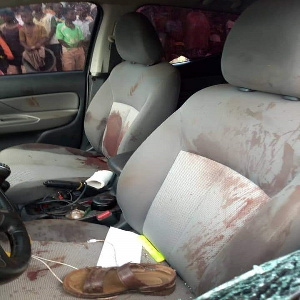 The entire country has been gripped with fear and grave concern following the disturbing news of the murder of a Member of Parliament for Mfantseman Constituency, Ekow Quansah Hayford.

Ekow Quansah Hayford, according eyewitness account was shot during a highway robbery around 1:00am, October 9, 2020.

Photos of what appears to be the aftermath of the incident have also emerged painting a picture of what exactly happened during the alleged robbery.

The photos in GhanaWeb’s possession were taken at the crime scene and show details of the branded NPP pick up vehicle which the Member of Parliament and his team used.

Notable details in the photos include the thick blood stains in both the driver and passenger seats of the car.

Some personal belongings including; chargers, sanitizer, tissue and sandals believed to be for the occupants were scattered in the vehicle.

Aside that, back tyres of the vehicle had also been deflated while part of the glasses had been shattered. 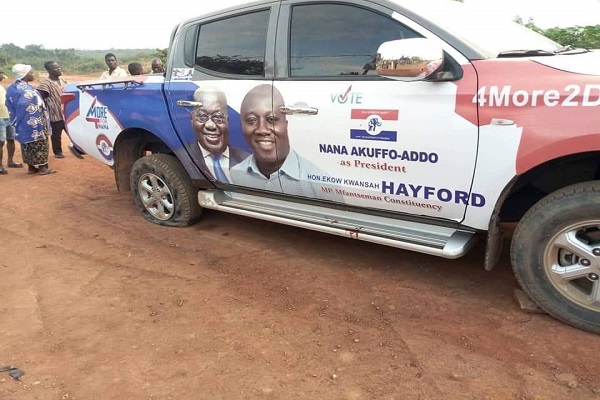 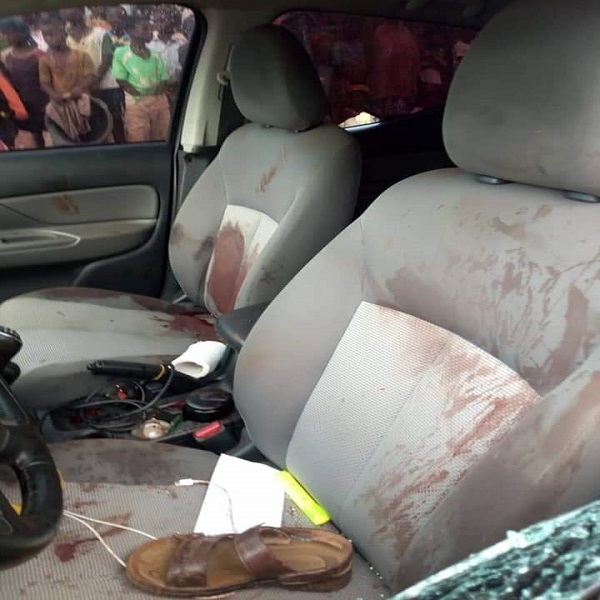