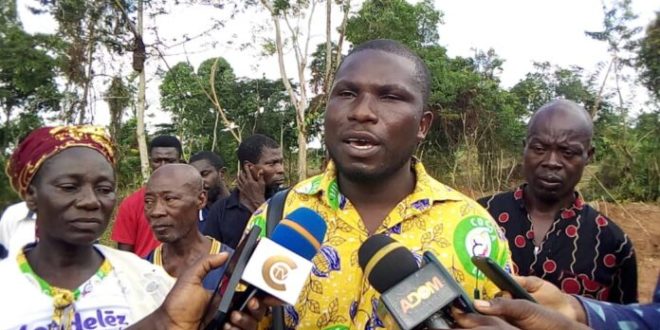 The Chiefs and the people of Mankrong, a farming community at Ayensuano District of the Eastern Region are protesting the destruction of a total of 40 acres of crops in the community by armed men wearing “the Eye” T- shirts who alleged to be working with an influential traditional leader in the area.

The destruction supervised by unknown armed men also saw the demolition of some uncompleted buildings.

Addressing the media, spokesperson for the affected resident, Teinor Francis, who is a farmer and also the president of Cocoa Life Farmers, the destructions were led by Okyehene Mponuahene Nana Sarpong, in connivance with the Apedwahene who is the chief of Mankrong Nana Baffour Sikesu III. 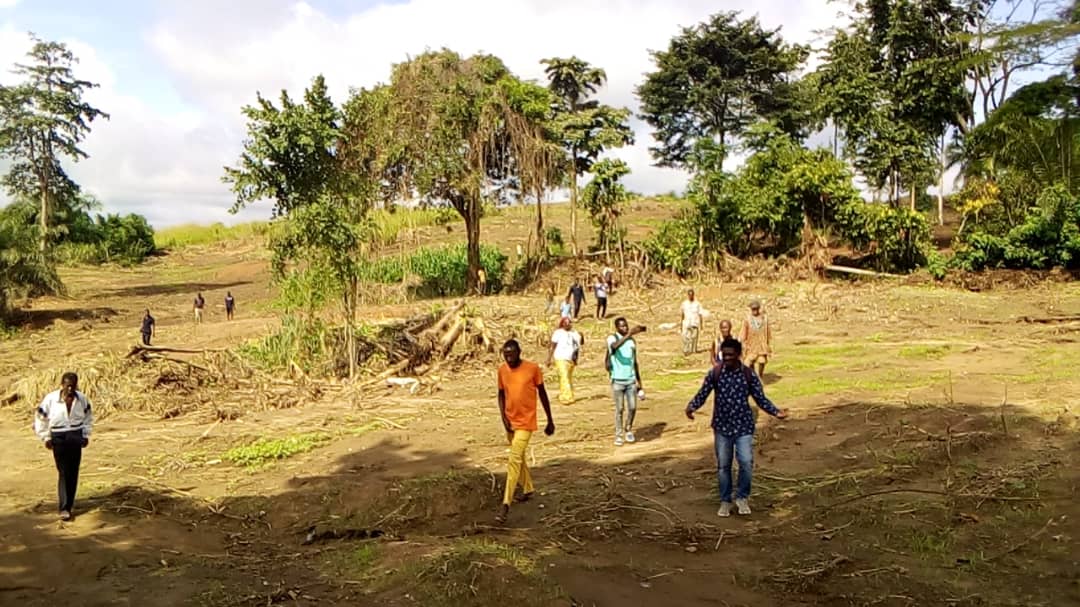 He said they inherited the land from their ancestors who purchased same and   lived on it to farm 150 years ago.

He explained that “about two weeks ago out of the blue, earth moving machines moved into our town and started excavation work on a certain parcel of the land in the, when we enquired from the well-armed workers brought by the Okyenhene Mponuahene to do the excavation work, we were informed to our outmost shock, that the Apedwahene through the Okyenhene Mponuahene, has taken possession of the land .We could have resisted with equal force of arms but we decided to use due process rather.”

“As we speak now, five acres of cocoa farms, four acres of orange farms, six acres of agro forest, ten acres of oil palm plantation, two acres of plantain farms, five acres of maize farms, one acre of cocoyam farm and some uncompleted buildings destroyed. Where do the Apedwahene and the Okyenhene Mponuahene expect these people whose livelihoods have been destroyed to get their daily bread from?” he said.

The angry chiefs and farmers are demanding that; “the Apedwahene and the Okyenhene Mponuahene, with immediate effect, recall all their earth moving machines from their land. That the Apedwahene pays for all properties destroyed by his illegal actions on their land, that the Apedwahene give an assurance to the chiefs and people of Mankrong that their lands, henceforth, will not be attacked in this capricious manner.” 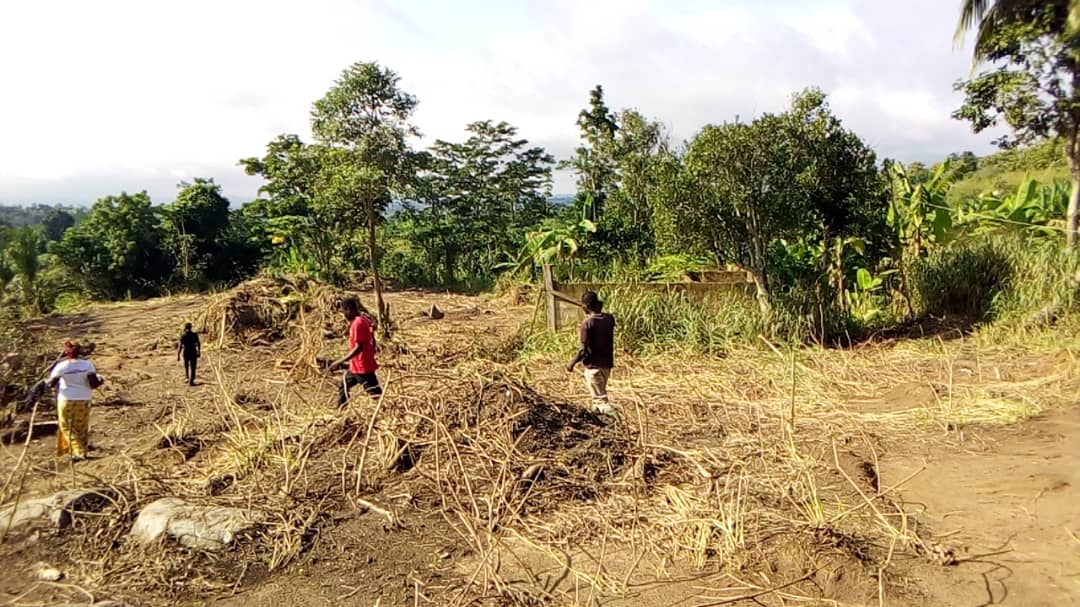 The spokesperson for Apedwahene Teye Kisse after receiving petition from the protestors on behalf the chief denied knowledge of Apedwahene of the destruction.

Teye Kisse said the Apedwahene himself has been a victim of this violent takeover of lands by the Okyenhene Mponuahene Nana Sarpong alleging he took section of family lands for sand winning in the Mankrong community without their knowledge.

He appealed to President Akufo Addo and the Inspector General of Police Dr.George Akufo Dampare to intervene to avert bloody clashes.

“During the 2020 campaign the NDC warned us that if we vote for Akufo Addo, the Akyems will take away the lands from us. Now the Akyems have had upper hands on us intimidating and threatening us”

Some of the affected farmers said their source of livelihood have been destroyed following the destruction of their crops and farmlands.

Previous V/R: Family of suspect in Kpetoe murder case living in fear
Next NE/R: One dead in clash between two communities