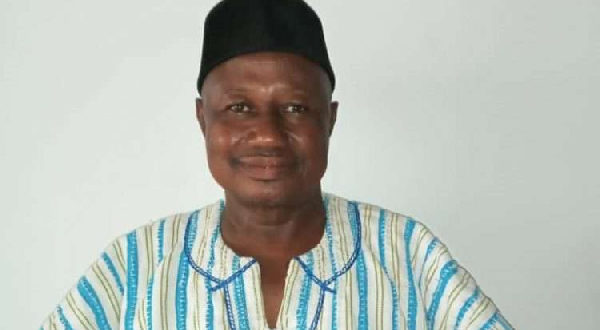 Perpetrators of corruption in my administration will be shot – PNC Flagbearer

Flagbearer of the People’s National Convention (PNC) has indicated that perpetrators of corruption under his administration will be shot.

According to David Apasera, his commitment to enhancing the safety and security of the citizenry calls for this line of action.

He made these comments at the Minority Political Parties Debate held at the University of Professional Studies, Accra on Thurday, October 15.

Speaking at the debate organized by a collaboration between JoyNews and the IMANI Centre for Policy Education, Mr Apasera explained that the gravity of the effect of these corrupt practices on the development of the country warrants such drastic measures.

He believes the punishment meted out to perpetrators of the crime is not enough of a deterrent to discourage others from engaging in it, making corruption “the main problem that is causing us the misery that we have.”

Addressing the gathering on the matter of security, the PNC flagbearer indicated that he will institute a paramilitary force to combat crime in the country.

He explained that under his administration the country will procure helicopters for these forces whose sole mandate will be to detect and fight crime in the country.

“We want to put in place a paramilitary organisation that will be a rapid striking force to prevent highway robberies and other violent crimes. These organisations will be stationed in all regions and empowered with helicopter gunships that will rapidly move into the air to defend people who are attacked on the highway,” he said.

“There will no longer be a system where police will move with sirens. We are going to empower them, train them with high skills, and give them the needed and latest weaponry,” Mr Apasera said.