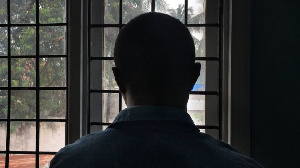 Pastors end up in bed with gay who needed spiritual deliverance

A 21-year-old gay, Nana (pseudonym) has disclosed that he has slept with 20 men, 5 of which are pastors.

In an interview with DJ Nyaami on SVTV Africa, Nana revealed that he visited many pastors to help him get over his homosexual lifestyle but 5 of them had sex with him.

“I visited different pastors to help me with it. One pastor asked me to come stay there for a week and had sex with me. It was same with all four other pastors,” Nana stated.

According to him, a friend introduced him to it at the age of 11. However, he did not continue the act till SHS, when he became more involved.

“I had no financial support in SHS. As a result, I got back into the act for money. A colleague introduced me to some big men while in school, who gave me money after sex. I was not happy with it but I did it anyway.

After a while, my colleagues and teachers became aware, so I dropped out in form 2 and began secondary school again. Though I was still in the act, I was made the chaplain because of my dedication to God’s work and was later demoted,” Nana shared.

Nana is a great singer and has also written many gospel songs as well. He is begging for support to quit this ‘spiritual life.’

Check out the full interview below.