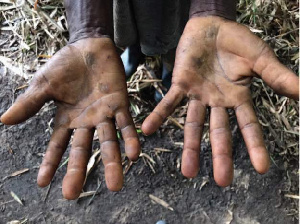 Human rights investigators have accused one of the Democratic Republic of the Congo’s largest private companies of serious abuses.

The company, which has received investment from the British government and loans from other European countries, denies the allegations.

It says its staff earn above the national agricultural minimum wage, that it has invested in providing clean water, and that employees who use pesticides are given proper protective equipment.