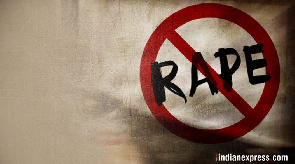 A 12-year-old girl identified as Christabel Amponsah has been raped to death at Asonomaso Nkwanta in the Kwabre East District of the Ashanti Region by a man believed to be in his thirties.

The unfortunate incident has thrown the family and friends of the deceased into a state of shock and mourning.

The Uncle of the deceased Kwaku Acheampong who confirmed the unfortunate incident in an interview with Pure FM’s Osei Kwadwo monitored by MyNewsGh.com, explained that the deceased was pronounced dead at the hospital where she was rushed after bleeding profusely.

“I was in Takoradi and my sister informed me my niece has been raped by a certain man. They rushed her to hospital when my niece was unwell and she told her mother about the incident” he explained.

According to Kwaku Acheampong, “the doctors confirmed that my niece was raped after examining her following her confession”

The body has been deposited at Asonomaso Nkwanta hospital morgue pending autopsy.

The suspect whose name has been withheld has also been arrested by Asonomaso Nkwanta Police to assist the police in their investigations.