Share
It was a day of penalty shoot outs at the Texpo Park at Sprintex as Old Gold FC lifted the 3rd Mcdan Communities Champions League (MCCL) trophy on Saturday, September 29, to join Missions and Chelsea.
The grassroots football and educational development program put together by Books and Books Academy saw another 8 teams, battle on the reduced field for qualification to the Communities Champions League Knockout Finals after reading coaches helped the young ones improve upon their reading from 9 am.
The straight knockout had Young Boys Fc bow out with a 2-1 penalty shootout defeat to eventual winners Old Gold Fc in the first game. Future Soccer Academy also saw off Bajusa 2-1 on penalties. The only open play goal was scored by Redemption Fc, who beat Miracle City after which Armela Fc defeated Royal City Academy 3-2 on penalties.
The penalty shootouts continued in the semifinals, where after a fierce encounter between Old Gold Fc and Future Soccer Academy, the former won by 2-1. Redemption Fc, having scored the only goal of the competitive games booked a final berth after seeing off Armela 2-1 on penalties.
Redemption Fc in the finals was more slippery than in their previous games as they had their eyes on the trophy and medals but Old Gold exhibited resilience and tried few counter attacks which couldn’t produce goals. The ever exciting end to end game went into penalties, where Old Gold Fc triumphed 3-2 amidst the ecstasy of their fans along with the crowd that thronged the venue.
The MCCL saw much improvement at the Texpo Park due to the tough nature of the games and promises to be even better and better in the next two weeks.
Medal Pharmacy, Active Minds with main sponsors Mcdan are immensely contributing to the success of the initiative which is raising the standards of grass root football with Education. It is not too late to join in making the dreams of these young ones a reality as a sponsor, with a high percentage of probability of seeing scouts come for these lads to go continue with their talents outside the shores of the country.
Temple Christian College was part of the success at the Texpo Park, as they donated Educational Materials, drinks and Biscuits to spark up the event. Christian Temple becomes new partners of Books and Boots Academy and will be giving Academic Scholarships to talented players (boys & girls) with the training of young leaders in communication.
The Mcdan Communities Champions League hits your Community next two weeks and so you better watch out. 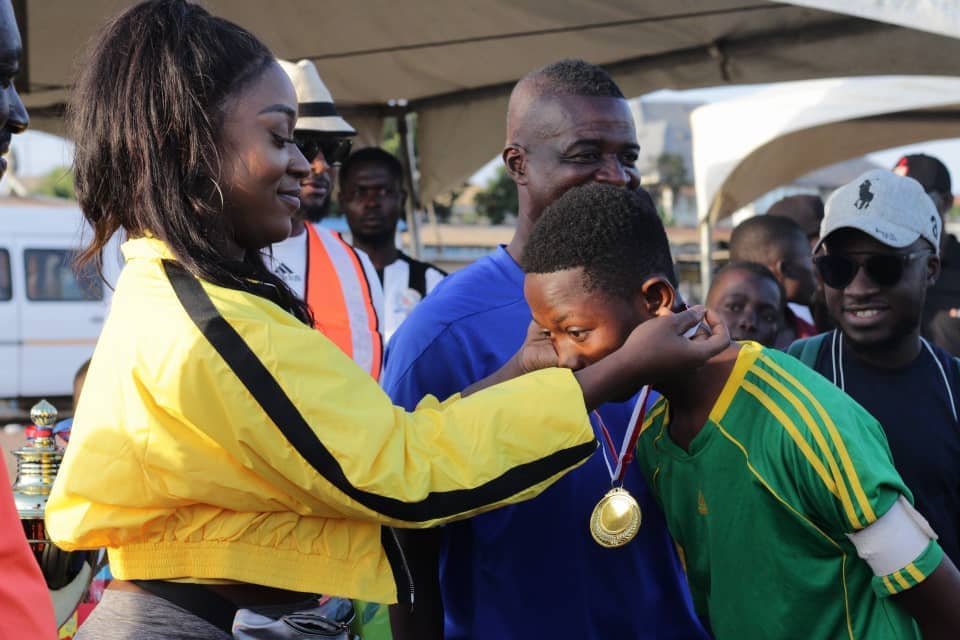 Previous Coach faint to dead after hits by a goalkeeper
Next I will sacrifice everything to ensure NPP wins the Damango seat in 2020 – Mr. Albert Kassim Diwura

Aside from being fun and bringing pleasure, sex also offers many health benefits. Find out …

By: Nana Kwaku Ofori Atta (CEO of AVCONTECH SECURITY MASTERS). I am calling …