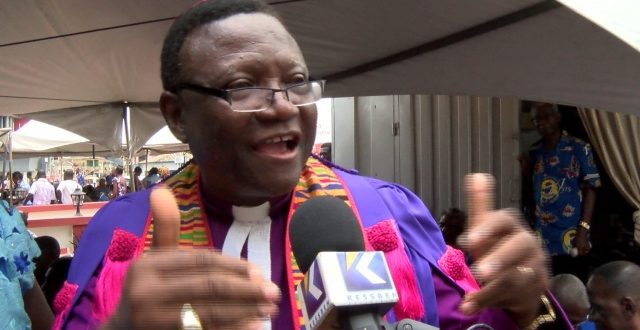 Chairman of the National Peace Council, Rev Prof Emmanuel Asante has said he will not be discouraged from doing what he considers to be the right thing for the country despite attempts by some political figures to dent his reputation.Prof Asante’s comment comes on the heels of a leaked tape in which the national chairman of the main oppositional National Democratic Congress (NDC) is purported to have given his party communicators his blessings to insult the Chairman of the National Peace Council.“For the first time, I’ll endorse insulting the National Peace Council Chair,” Mr Ofosu-Ampofi is allegedly heard on the tape telling his party communicators at a meeting.Responding directly to the alleged remarks by the NDC Chairman, Prof Asante said: “I won’t comment on these things and I’m not worried about it but I‘ll try as much as possible to serve the nation as best as I can.He told Benjamin Akakpo in an interview on the Executive Breakfast Show (EBS) on Class91.3FM that: “My conscience is clear and so I’m not really going to be dissuaded from doing what I consider to be the right thing for the nation, but I promise the nation that I’m not going to play partisan politics with my role as chairman of the national peace council and even if I end my term as the chairman of the national peace council, I’ll continue to contribute to Ghana as a national politician and not a partisan politician”.Prof Asante added that if Mr Ofosu-Ampofo indeed said that “probably he was trying to please his people playing politics but I’m not a politician. When I say the things I say, I’m not doing politics I’m simply saying let’s do things that will enhance the image of our country and ensure peaceful development”.Source: Ghana/ClassFMonline.com