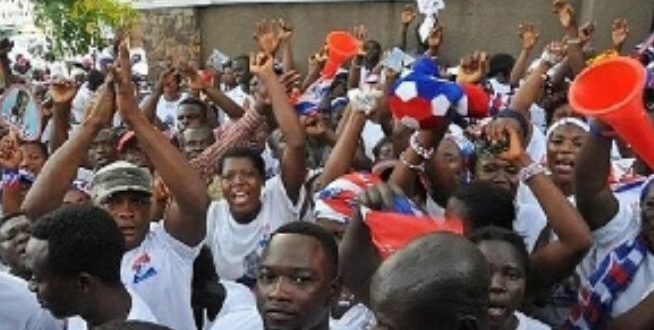 Share
NPP’s ‘World Bank’ boiling as some aggrieved members of the ruling New Patriotic Party NPP in the Ashanti Region have called for the head of the Ashanti Regional Chairman of the party Bernard Antwi Boasiako popularly known as Wontumi over chaos in the ongoing polling station elections.

Their call follows mass disqualification of ome polling station aspirants who were hoping to contest in the elections in some constituencies in the Region.

The angry members from the Kwadaso, Bantama, Atwima Kwanwoma, Manhyia North, Ejisu constituencies among Others believe chairman Wontumi’s failure to lead the party to organize a free, fair and peaceful polling station elections shows clearly that he’s not fit to be a leader of the NPP fraternity in the Region.

There was a slight fracas in the wee hours of Monday, March 7, 2022, at some Electoral areas in the Kwadaso Constituency where polls were expected to be held to elect NPP polling station executives.

The chaos emerged after some armed military men stormed the constituency to ostensibly manipulate the election for the incumbent Member of Parliament Dr Kingsley Nyarko.

One of the aggrieved party members George Owusu Ansah in an interview with OTEC News Kwame Agyenim Boateng on Monday March 7, 2022 disclosed the situation resulted in a near disruption as some members of the party moved to halt the conduct of the elections which they claim started around 4:00 am.

He noted that the abysmal performance of chairman Wontumi if not checked will lead the party into opposition come 2024 general elections.

Some NPP members at the Ejisu Constituency also agitated over what they termed as an unfair process in the election of polling station executives.

To the chagrin of some of the contestants, the election of polling station executives was elected at down in some areas of the constituency.

The elections at Manhyia North constituency was not any different as party members accused the leadership of trying to rigged the elections in favour of the incumbent Member of Parliament Hon Akwasi Konadu.

They alleged that some military men stormed the constituency and intimidated them from exercising their constitutional right, blaming chairman Wontumi for the chaos.

The process also saw some military men storming the area. Some angry party members who spoke to OTEC News said the party may fall short in the 2024 elections if the party fails to change the current regional chairman.