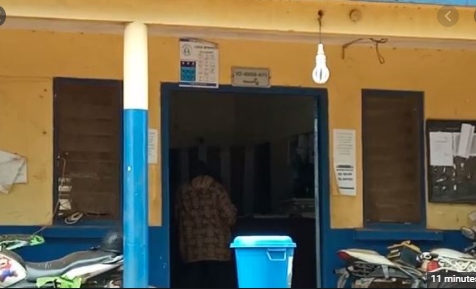 At least one person has been shot dead at Bonakye in the Nkwanta South Municipality in the Oti Region after an alleged chieftaincy clash between Konkomba and Akyode settlers.

The incident which occurred on Thursday evening has also led to the arrest of some 13 others.

The clash follows a decision by the Akyode Traditional Council at Bonakye to perform rituals for the enstoolment of a herdman.

Sources say some Konkombas who were not in support subsequently blocked roads and assaulted people attending the event.

The situation was however brought under control due to the presence of security personnel at the ceremony.

Lamenting the clash between the settlers, Mr. Thasun urged the two parties to allow peace to prevail.

“What we need now is for everyone to be calm. The police say they have arrested 13 people. But this situation is worrying. Even yesterday I wanted my driver to go and bring the elders from the town that enstooled the herd man.

“I wanted to appeal to them to wait till after the election before they go through with the rituals because what we need now is for peace to prevail because this is worrying,” he said.

Meanwhile, checks by Adom News reveal that some residents within the community have fled for their lives.

Further checks also indicate that Nyarkomah, a suburb of Bonakye has now become a ghost town.

The suspects arrested are said to be at the Dambai Police Station as investigations commence into the accident.