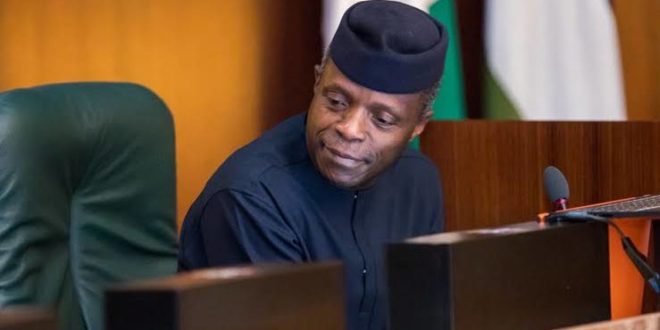 Reports reaching My News Ghana confirms that the Vice President of the Federal Republic of Nigeria, Prof Yemi Osinbajo has been involved in a fatal accident on Friday evening.

The convoy of the Vice President is said to have been on the way to the Nnamdi Azikiwe International Airport, Abuja where the Veep was supposed to fly to Lagos.

In a statement released by the spokesperson of the Vice President he confirmed the accident.

He said, “With grief in our hearts, we announce the death of one of the police escort riders on the Vice President’s convoy, Inspector Ali Gomina, aged 45, who was involved in a road accident while on official duty today.”