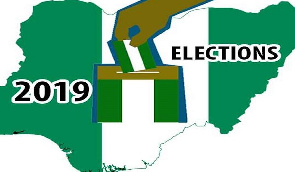 Nigeria begins deployment of electoral materials ahead of polls

Nigeria’s election commission on Wednesday confirmed the deployment of both sensitive and non-sensitive electoral materials to states, with barely 10 days to the general election in the country.

The Independent National Electoral Commission (INEC) said as of Wednesday, some important electoral materials, including voting cubicles, ballot boxes, and writing materials had been deployed to its zonal stores across the country, to show its readiness for the polls.

Also deployed to various registration areas in the country are power -generating sets to aid electricity supply, said Festus Okoye, a national commissioner of the electoral body and chairman of its information and voter education committee.

“The elections are just a few days away and if the states have not started receiving these materials then it means we are not a serious Commission,” Okoye said.

According to him, the central bank offices across Nigeria have also started receiving very sensitive electoral materials such as the ballot papers and election result sheets.

He said security had been beefed up in its local government offices to ensure smooth conduct of the elections.

Nigeria will hold their General Election on February 16 to elect the country’s president and national assembly members, and on March 2 to elect state governors and state legislators.