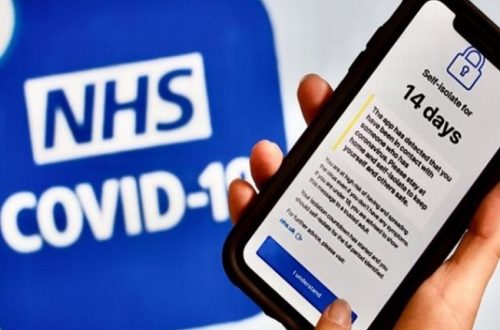 The government has fixed a problem with its new NHS coronavirus app in England and Wales which meant many positive test results were not being logged.

Users were unable to record a positive test result, if they had booked a test elsewhere and not via the app.

But the Department of Health said everyone who tests positive can now log it, however they booked the test.

However, people who test negative are still unable to share their result if they did not book it via the app.

Anyone who books a test via the app has their result automatically logged whether it is positive or negative, according to the government.

But tests taken as a result of Office for National Statistics surveys, and those processed by a NHS Hospital or Public Health England lab, were initially not able to be shared on the app, regardless of the result.

However, on Saturday, the Department of Health said anyone who accesses a test elsewhere will, if they test positive, receive a code to input to the app.

However a code is only received if the test is positive. Those who enter that they have symptoms without entering a result find a self-isolation countdown begins.

The spokeswoman for the Department of Health and Social Care said now “everyone who receives a positive test result can log their result on the app”.

“A minority of people, such as hospital patients, who were unable to log their positive result can now request a code when contacted by NHS Test and Trace to input on their app,” the spokeswoman said.

The ability to log a negative result is being looked into, she added, after user feedback suggested people wanted the ability to do so.

People who have been using the app since its launch on Thursday, and who had already booked tests before downloading it, have found that they are unable to stop the self-isolation countdown after reporting symptoms if they then get a negative result, because it does not come with a code they can share.

Prof Deborah Ryan, who originally contacted the BBC, said: “That’s so confusing as the app doesn’t tell you that can’t enter a negative test booked outside it.”

The Department of Health has said that using the app is “entirely voluntary” and advice to get a test or self-isolate cannot be enforced.

Tests booked via the app will have the results automatically shared with it, it said. According to the data analyst App Annie, the NHS Covid-19 app has been downloaded around 4m times so far.

“By downloading this app you are helping protect yourself and others. If you book your test via the app then the results will be automatically recorded in the app and the isolation countdown will be updated,” said a DHSC spokesman.

If you are asked to self-isolate for 14 days because you have been in close contact with somebody who has tested positive, you are advised by health officials to do so even if you later test negative yourself.